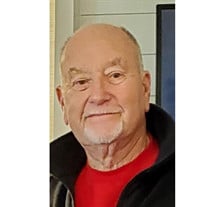 Charles Melvin Crawford, 83, of Buford, GA passed away peacefully at his home on January 21, 2021. He was preceded in death by his parents, William B. Crawford and Louise Higdon and Jack Thore of New Port News, VA; his brothers, William B. “Pete” Crawford and L. D. “Doug” Crawford; his sister, Jane Evans of New Port News, VA and Cullowee, NC. Mr. Crawford is survived by his wife of sixty-five years, Jeanne Middleton Crawford; sons and daughters-in-law, Chuck and Vickie Crawford and Danny and Kami Crawford; daughters Tami Bennett (and Mark Pavloec) and Mitzi Crawford; grandchildren, Amanda and Chris Akins, Matt and Jamie Crawford, Wes and Jamie Crawford, Zack and Brooke Crawford, Bambii Crawford, Kraig and Katie Crawford, Kody and Kim Crawford, Ansley and Chris Trantrow, Danna Bennett and Michael Norris, and Jacob Bennett. Charles “Pa” Crawford is also survived by twenty three exceptionally special great grandchildren who he loved dearly, as well as several nieces and nephews. Educated in North Carolina, Mr. Crawford graduated from Cullowee High School in Cullowee, NC. He received both his Bachelor of Science and Master’s degrees in Education from Western Carolina University, and received his Education Specialist degree from UGA. Mr. Crawford began his teaching and coaching career in 1960 in Monroe, NC. After his first principal’s job in Tyron, NC, the family moved to Buford High School, home of the “Wolves” in 1969 where he was principal until 1973. After a year of selling class rings for Balfour and a year as assistant principal at Lilburn Middle School, Mr. Crawford became principal of Lanier Middle School in 1975 and retired in 1996 after thirty-five years in education. Working with children was one of his greatest joys. As well as being a huge Buford sports fan, he also enjoyed cheering for Georgia Bulldogs football and North Carolina Tarheels basketball. In lieu of flowers, donations may be made to the American Heart Association or Buford Athletic Association in memory of Charles Crawford. A memorial service will be held on Sunday, January 24, 2021 at 3:00 p.m. in the Chapel of Flanigan Funeral Home with Mr. Dale Jones officiating. The family will receive friends from 4:00 p.m. until 8:00 p.m. on Saturday, January 23 and again on Sunday from 2:00 p.m. until 3:00 p.m.

Charles Melvin Crawford, 83, of Buford, GA passed away peacefully at his home on January 21, 2021. He was preceded in death by his parents, William B. Crawford and Louise Higdon and Jack Thore of New Port News, VA; his brothers, William B. &#8220;Pete&#8221;... View Obituary & Service Information

The family of Charles Melvin Crawford created this Life Tributes page to make it easy to share your memories.