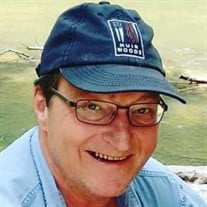 Dale Erik Reagan was born on December 19th, 1956 in Fort Worth, TX. As the first-born son in the family, Dale assumed the role of a protective and loving brother naturally, and he loved all four of his siblings dearly. With much of his dad’s family in the Savannah, GA area, Dale grew up as a self-proclaimed “river rat” and knew the surrounding rivers, inlets, and creeks like the backs of his hands. As a youth, he helped with the family business, Reagan Seafood & Supplies, delivering fresh seafood to locals. He knew where to catch the best shrimp and loved taking his family on boat rides in the fresh marsh air. With a streak of adventure in his veins, he was even an Okefenokee Swamp guide at one point. In 1977, Dale met the love of his life, Mary Sue, while participating in musical theater in Savannah. Two weeks after Hurricane David in 1979, Dale and Mary Sue were wed in a small but sweet ceremony at Inner City United Methodist Church in Savannah. They went on to have a beautiful family together including daughter, Laura, and son, Erik. Out of all the things Dale did and accomplished in his life, his most treasured accomplishment was being a father. While not without flaws, he loved, protected, and served his family wholeheartedly. He was a wonderful husband and steadfast father. A graduate of Armstrong State College, he was a man of many talents. Dale was a teacher at heart who loved an exchange of ideas and sharing what he had learned. He began his teaching career in the early 80s at Tompkins High School. He loved beautiful music, but he was also a nerd who loved technology. He went on to teach computers and technology at DeRenne Middle School for many years. Eventually, he went on to work as an IT specialist in the tech world. He was visionary and brilliant. He enjoyed mentoring others in what he learned along the way. When Dale was not working, you could find him in a number of places. He might be at home practicing his classical guitar. He might be chasing a sunset on the marsh with his camera (his photography has been featured by the Savannah Music Festival, Kennesaw State University, and others). He might be hiking up a mountain with his trusty sidekick German Shepherd, Moose (who is trained in German since Dad was always proud of his German heritage). He might be climbing a tree using his own weight and a rope-pulley system. An avid reader, he might be reading some Tolkein or some sci-fi. A sucker for a good romantic comedy, you might catch him watching a heartwarming and equally witty Sandra Bullock movie. He made the best homemade popcorn, which his kids and grandkids would fight over. Dale’s boiled shrimp was unmatched. No matter what version of Dale you were lucky to know, we can all agree that he had a commanding presence. You always knew when he was in the room whether his larger-than-life laugh caught your attention or his firm, confident voice let you know he was there. In his final days here on earth, the medical team all made the same observation as they cared for him: he was as solid as the majestic oaks scattered through Savannah. His hands were Herculean. They were an outward expression of the strength he carried within. He was solid through and through. Dependable and determined. Dale had been a fighter his entire life, and he fought to the very end. Dale passed away on March 15th, 2022 in Gainesville, GA following complications from a heart attack. He is survived by his devoted wife of 42 years, Mary Sue Reagan; his children, Laura Sue Johnson (Adam) and Erik Reagan (Nikkie); his brother, Thomas Blood; his sister, Dolores Barnett; his mother, Erika Monteith; his three grandchildren, Brady Faith Reagan, Cade Reagan, and Imogen Johnson; many aunts, uncles, cousins, nieces, and nephews; and last, but not least, his beloved pup, Moose. At Dale’s request, there will be no funeral or memorial service. Instead, the family asks that friends and loved ones plan a nice walk or hike and think of him in the beautiful spring weather. In lieu of flowers, please honor Dale with a donation to the Guitar Foundation of America (https://www.guitarfoundation.org/) or Canine Pet Rescue (https://www.caninepetrescue.com).

Dale Erik Reagan was born on December 19th, 1956 in Fort Worth, TX. As the first-born son in the family, Dale assumed the role of a protective and loving brother naturally, and he loved all four of his siblings dearly. With much of his dad&#8217;s... View Obituary & Service Information

The family of Dale Erik Reagan created this Life Tributes page to make it easy to share your memories.