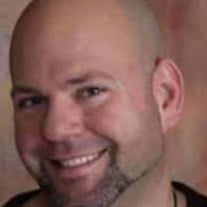 David Sean Warren, 50, of Braselton, passed away on May 9, 2021 at Piedmont Hospital in Atlanta, GA. He was a loving husband to Jennifer Warren for 25 years and beloved father of son, Garrett Warren and daughter, Caitlin Warren. Born on May 16, 1971 at Fort Belvoir, VA., he is the son/stepson of Billie J. and William D’Urso, Springfield, VA., and son/stepson of Bill and Christine Warren, Canton, GA. Dave graduated from George Washington University in 1993 with a degree in Mechanical Engineering. While in college he served in the ROTC and was commissioned a 2nd Lt in the United States Army Reserve and was later promoted to 1st Lt. He had extensive experience as a design engineer for military and law enforcement related companies designing LCD display systems for military applications on aircrafts, ships, and land-based applications, electronic packaging and systems design for high tech applications. His 7 year career with Delta Airlines as an engineer was a source of pride for him as he was always interested in the Aviation industry. During his career he worked on B717 and Airbus structures, Airbus systems and was instrumental in the initial A220 entry into service process. David truly enjoyed learning. He would often linger after training classes to understand the smaller details and was always doing some form of researching. Dave would always have your back and would do anything to help a friend. He loved his family, attending Dragoncon, hunting, fishing and riding ATV’s. Dave and his wife were very close and loved traveling the world together, with Germany being their favorite international destination. They were well known around Atlanta, especially since Dave sometimes moonlighted as a DJ. Dave is survived by his wife, son, daughter, parents, brother, Brandon Warren, Cartersville, GA., step sisters Karen Surette, Leslie Pasko and Dawn Brunner from Virginia and step brothers, Brian and Brett Warren and step sister, Kim Jarrett, Canton, GA.

David Sean Warren, 50, of Braselton, passed away on May 9, 2021 at Piedmont Hospital in Atlanta, GA. He was a loving husband to Jennifer Warren for 25 years and beloved father of son, Garrett Warren and daughter, Caitlin Warren. Born on May... View Obituary & Service Information

The family of David Sean Warren created this Life Tributes page to make it easy to share your memories.