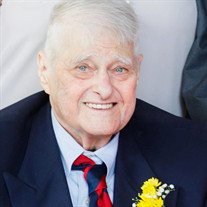 Donald (Don) Barrett Humphrey Donald Humphrey, 87, passed away peacefully in his sleep on March 23, 2022. Don was born on November 25, 1934 to Gilbert Laurence and Valeria "Lottie" Humphrey (Reese) in New York City. After attending Long Island City High School, he joined the army. In the army he studied police science and went on to Brooklyn College and studied criminology. He was an army veteran. He was stationed in Asmara, East Africa, Kagnew Station during the Korean conflict. While in East Africa, Don received special permission for his fiancé Lydia Batiz, to travel from New York to East Africa to marry. Soon after, they had the first of three children, Michael Laurence. After serving in the Army, he worked as a special agent for Railway Express and moved to New Mexico. He then became Assistant Chief Special Agent. Don was a pioneer in the Atlanta nightclub nightlife in the 60's and 70's. He owned and operated several nightclubs. His life was documented in his recent memoirs "A Life of Blessings and Then Some.” Don and Lydia were married for 66 years and have 3 children, Michael Laurence (Beth), Donna Lynn (Dennis) and Jennifer Lee (Scott) and 6 grandchildren, Aja Christine, Dennis Alan, Daniel Barrett, Rhianna Elizabeth, Colby Scott and Alyssa Lorraine. A funeral mass will be held at St. Columba's Episcopal Church on Saturday, March 26, 2022 at 2pm. In lieu of flowers, the family requests contributions, in Don's name, to St. Columba’s Episcopal Church: 939 James Burgess Road Suwanee, GA 30024 770-888-4464 www.SaintColumba.net There will be a burial at Georgia National Cemetery and Celebration of Life gathering at a later date.

The family of Donald (Don) Humphrey created this Life Tributes page to make it easy to share your memories.