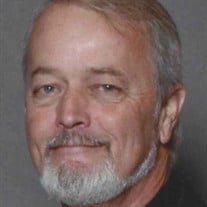 Donald Wade Hubbard, a proud father and loving husband of Hoschton, Georgia, passed away on December 17, 2021 at the age of 65 after a nearly month-long battle from complications with COVID-19. Don was born on October 11, 1956 at Fort Benning just outside of Columbus, Georgia to the late Aubrey and Valworth Hubbard. He is survived by his three children, Trinkett Mims, Colin Hubbard and Cameron Hubbard; wife of six years, Beverly Hubbard; stepchildren, Lauren Lopes and Rob Johnson and grandchildren, Joseph Guthrie, Nathaniel Guthrie, Larry Mims, Luke Mims, Joshua Mims, Nicolas Mims, Kaitlyn Mims, Shawn Johnson, Clayton McCormick, Haylee Johnson and Makenzie McCormick. At the age of 13, Don and his parents moved to Buford, Georgia and he went on to graduate from North Gwinnett High School in 1974. While living in Buford in the 70s, Don sang and played rhythm in a local band. At the age of 18, he began working in the car business and continued to do so up until his death. All-in-all, Don worked 47 years in the business, including the past 25 years working at Akins Ford in Winder, Georgia. Don was a hard-working man and enjoyed spending time with his family. He earned respect from virtually everyone he came in contact with over the years and never hesitated to offer his assistance to anyone that needed it. Don was a laid back and easy-going man. He was at his happiest with a cold drink in his hand, a couch to sit on and one of his many favorite television shows to choose from. He also enjoyed making people laugh. Lightening the mood and making people smile was one of Don’s many specialties. Don was a creature of habit. At his favorite restaurants, he had his order ready to go before he walked in the door. Once Don found something he liked, he didn’t deviate. Don was an extremely smart man. It never took long for him to figure out tasks, no matter the level of difficulty. He was a jack of all trades and a master of none. When it came to his family, Don rarely said no. Whether he wanted to or not, the answer was almost always a resounding yes. Don enjoyed watching sports with his son Colin, talking about everything technology with his son Cameron and visiting his daughter Trinkett and his grandchildren in Jacksonville, Florida whenever he could. He enjoyed attending Bethlehem Church with his wife Beverly and eating a great breakfast at Jacks afterwards. At the end of the day, Don worked hard for everything he had. After years of working in numerous parts departments, usually tucked away in a dingy, dark warehouse on the backside of the car dealership, he was able to work his way into a position as Collision Repair Manager, a job he worked very hard at in the last few years of his life. Before Don became too sick, he was surrounded by his family one last time. His daughter, son-in-law and five grandchildren in town to visit and his two sons hanging out, playing games in the backyard and enjoying each other’s company. While it wasn’t the final hoorah the family expected to have with their beloved father, grandfather and husband, it was one filled with love and appreciation for the time they were getting to spend together. In the end, that’s all Don cared about. A funeral service is scheduled for 12 p.m. on Wednesday, December 22 at the Flanigan Funeral Home, 4400 South Lee Street, Buford, Georgia. Family and friends are invited to attend a public visitation from 10:30-12 prior to the start of the funeral service.

Donald Wade Hubbard, a proud father and loving husband of Hoschton, Georgia, passed away on December 17, 2021 at the age of 65 after a nearly month-long battle from complications with COVID-19. Don was born on October 11, 1956 at Fort Benning... View Obituary & Service Information

The family of Donald Wade Hubbard created this Life Tributes page to make it easy to share your memories.