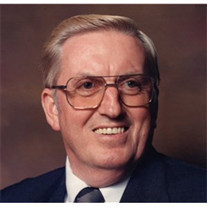 Donald Lomax, age 82, of Jefferson, GA passed away on Friday, June 2, 2017. He is survived by his wife of sixty-four and a half years, Janie Evans Lomax, Jefferson, GA; children, Steve Lomax, Flowery Branch, GA, Keith and Leigh Ann Lomax, Dallas, GA and Chris Lomax, Atlanta, GA; three grandchildren, Dean and Angela Lomax, Jefferson, GA, Eric and Misty Lomax, Gainesville, GA and Brandon Lomax, Dallas, GA; and several nieces, nephews and cousins. Mr. Lomax was born April 21, 1935 in Baldwin, GA. He was a 1952 graduate of South Habersham High School. He began his career in 1955 with Colonial Stores as a meat cutter and worked in various positions and ended his career as Vice President of Big Star. He also owned his own grocery store in Albany, GA for a short time. He worked for Food Giant/Big Apple and ended his grocery career with The Great Atlantic and Pacific Tea Company (A.P.). He had a tenure with the Georgia Lottery in Atlanta, GA and he retired at the age of seventy-five. He was a member of Chestnut Mountain Church of Christ. A memorial service will be held on Thursday, June 8, 2017 at 12:00 noon at Chestnut Mountain Church of Christ, 5111 Old Winder Highway, Braselton, GA 30517, with Ron Cope officiating. The family will receive friends at the church on Thursday, June 8, 2017 from 11:00 a.m. until time of service at 12:00 noon. In lieu of flowers, memorial donations may be made to Raintree Village Children's Home, 3757 Johnston Road, Valdosta, GA 31601-9987 in memory of Mr. Donald Lomax.

The family of Donald Lomax created this Life Tributes page to make it easy to share your memories.

Donald Lomax, age 82, of Jefferson, GA passed away on Friday,...