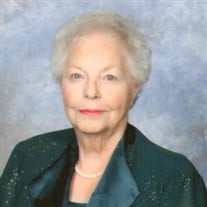 Mrs. Donnie Lancaster Roebuck, 85, of Buford, GA passed away Saturday, January 8, 2022. She was preceded in death by her husband of 63 years, Edwin Roebuck; parents, Ernest, and Louise Reynolds Lancaster; sister, Joyce Lancaster Pierce; and brothers-in-law, Dave Pierce, and George Moore. Mrs. Roebuck is survived by her son, Scott Roebuck, Dacula, GA; daughters, Gayla (Keith) Cox, Dacula, GA; Ava (David) Kirby, Buford, GA; five grandchildren, Megan (Greg) Maddox, Buford, GA; Courtney (Bobby) Holgate, Gainesville, GA; Jarrett Kirby, Buford, GA; Jessica (Patrick) Tisdel, Duluth, GA; and Jennafer Kirby, Buford, GA; four great grandchildren, Zackary Maddox, Zoey Maddox, Autumn Holgate, and Lily Holgate; sister, Joan Lancaster Moore, Buford, GA; sister-in-law, Ruth Roebuck Davis, Buford, GA; and brother-in-law, Jerry (Elaine) Roebuck, Gatlinburg, TN. Several nieces, nephews, and cousins also survive. Mrs. Roebuck was born June 16, 1936, in Buford, GA, and was a 1954 graduate of Buford High School. She was a retired secretary/bookkeeper from Buford Church of God after 30 years of service. She was also a bus driver for Gwinnett County Public Schools for 16 years. Mrs. Roebuck was a member of Buford Church of God, Senior Prime Timers, and the Red Hat Society. A Memorial Service is scheduled for 5:00 PM Thursday, January 20, 2022, in the Chapel of Flanigan Funeral Home with Rev. Chad Roebuck and Rev. Lamar Hansard officiating. The family request masks to be worn, if possible, for safety reasons. The service will be livestreamed and recorded. Donnie loved her family and others sacrificially, always putting them before herself. She was a loving wife, mother and grandmother, a loyal friend, and a hard worker. She was a dedicated and faithful member of the Buford Church of God for over 50 years, and she committed more than 30 of those years to serving as the secretary and bookkeeper to many beloved Pastors. Her most favored times were when she was with family, but she also enjoyed shopping, traveling, fellowship with friends over a good meal, and most of all, she loved the Lord. Her love for Christ was always the most important, and she shared her faith with so many. Be it a warm smile, a warm meal, a listening ear, or a good hug, her encouragement always included, "I'll be praying for you". Her life lived, is her testimony. Living what she preached by setting an example of Christ's love for us, she was truly his hands and feet. She will be missed, but her memories will live on in so many of us that have been blessed by her light. The family will receive friends at Flanigan Funeral Home on Thursday, January 20th from 4:00 PM until service hour. In lieu of flowers, donations may be made to Eagle Ranch, P.O. Box 7200 Chestnut Mountain, GA 30502 in memory of Donnie Roebuck.

The family of Donnie Lancaster Roebuck created this Life Tributes page to make it easy to share your memories.