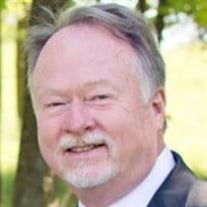 Ray Hitt Obituary Edwin Ray Hitt, age 63, of Flowery Branch, GA passed away Monday, January 10, 2022. He was preceded in death by parents Edsel and Lois Hitt. Ray is survived by his loving wife, Beverly Hitt, children Cason and Taylor Hitt, Courtney and Charles Futrell, and Lauren and Mark Arthur, and five grandchildren. He is also survived by siblings Sam and Joy Hitt, Vicky Hitt, Nannette Dunsmore, and nieces and nephews. Ray was born on February 20, 1958 in Waycross, GA. While working hard on his Bachelor of Science in Architecture at The Georgia Institute of Technology, he studied abroad at Ecole de Beaux-Arts in Paris. After completing both his Bachelor’s and Master’s degrees at Georgia Tech, he became a well respected and well accomplished residential designer of 38 years. Ray designed homes for nationwide home builders and was the designer in charge of the KB/Martha Stewart partnership. He was a sought after designer of many homes in the Atlanta Metro area. Ray was a hard worker, not just in his professional career, but at home as well. He was always looking for ways to improve things, whether it was a physical project or improving someone’s life. In 1983, Ray married his best friend and love of his life, Beverly Butler. This April would have marked 39 years of a strong and wonderful marriage. In 1986, Ray and Beverly grew their family with the addition of twins. In 1988, they completed their family with the addition of another baby girl. Ray loved making people, especially his family, laugh with his dry, witty sense of humor. He believed in the value of education, hard work, and helping others. All important values that he strove to pass down to his children and grandchildren. Between 2009 and 2019, he welcomed five grandchildren. Earning the title of Granddaddy was one of the greatest joys of his life. Ray was the strong and influential rock to the Hitt family and will be sorely missed by all those who were lucky enough to be a part of his life. A Celebration of Life service will be held on Saturday, January 22, 2022 at 11:00 am in the Chapel of Flanigan Funeral Home with Rev. Steve Swope officiating. The family will receive friends from 10:00 am until time for the service at 11:00 at the funeral home.

The family of Edwin "Ray" Hitt created this Life Tributes page to make it easy to share your memories.