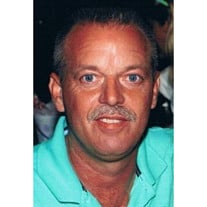 Felix "Charlie" Blankenship passed away peacefully at home on February 29, 2020 after a year -long battle with lung cancer. He was born on May 25, 1965 in Chattanooga, TN. He is a 1983 graduate of Rossville High School, Rossville, GA. He also graduated from Georgia Northwestern Tech (formerly Walker Technical School) with his LPN degree. He was employed with Fresenius Kidney Care, where he did acute dialysis at Northeast Georgia Medical Center, Gainesville and Braselton Campuses. Prior to working with Fresenius, Felix worked with Davita Kidney Care, doing acute dialysis at Northside Hospital, Atlanta, Forsyth and Cherokee campuses. Prior to moving to the Atlanta area, he work for Dialysis Clinic, Inc. in the Chattanooga area. He loved taking care of people and it shows by the number of lives he touched in his short 54 years. He loved his family and friends most of all. He was an avid fisherman most of his life, and had a passion for aviation. He was a member of EAA Chapter 611 in Gainesville, GA where he really sparked his interest in learning to fly. While he did get to fly, and even owned a small plane for a time, he never made his solo flight before he became too ill to fly. And last but certainly not least, he had a passion for Bluegrass music and LOVED anything VOLS! Felix was preceded in death by his father, Winfred J. Blankenship; step-father, Fred Thornburg; and infant brother, Wendell Blankenship. He is survived by his wife, Barbara Jackson Thompson of Buford; son, Jacob Blankenship, Charleston, SC and daughter, Aubrey Blankenship, Ringgold, GA; step-daughter, Christie Thompson, her wife, Rocky and grandbaby, Layne Thompson of Las Vegas, NV; step-son, Jason Thompson, his wife Stephanie and grandchildren, Autumn, Kaelyn and Brooks Thompson of Buford; mother, Linda Willene Thornburg of Chickamauga, GA; step-mother, Sandra Blankenship of Rossville, GA; brothers, Eric and wife, Tina Blankenship of Rossville, GA, and Lamar Blankenship of Butler, TN; several loved nieces, nephews, aunts and uncles. A Celebration of Life will be held in Chattanooga on Saturday, March 7th at 4 pm, at Crosspath Church Community Hall, 4201 Ringgold Road, Chattanooga, TN 37412. Also, a celebration of life will be held at 2 pm on Sunday, March 8th at Tannery Row Ale House, 554 West Main Street, Buford, GA 30518. The family will receive friends from 2-3 pm, with a memorial service and fellowship from 3-5 pm. Light appetizers and drinks will be served. In lieu of flowers, donations may be made to St. Jude Children's Research Hospital (www.stjude.org) , in memory of Felix "Charlie" Blankenship.

Felix "Charlie" Blankenship passed away peacefully at home on February 29, 2020 after a year -long battle with lung cancer. He was born on May 25, 1965 in Chattanooga, TN. He is a 1983 graduate of Rossville High School, Rossville, GA. He also... View Obituary & Service Information

The family of Felix "Charlie" Blankenship created this Life Tributes page to make it easy to share your memories.

Felix &quot;Charlie&quot; Blankenship passed away peacefully at home on...