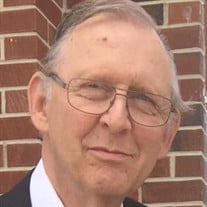 George Merle Masak of Suwanee, Ga, passed away on November 13, 2021, at the age of 78. Born on January 12, 1943, in Oak Park, IL George was the eldest son of George and Anne Masak. A graduate of West Georgia College & University and alum of Grady High School (1960), he taught mathematics before finding “temporary” employment with PBT (later Regional Transit Partners). He spent the next 4 decades helping expand and improve the MARTA transit system as a programmer analyst. George was a fixture of the model railroading community as a longtime member of European Train Enthusiasts, National Model Railroading Association Piedmont Division and the Jasper Roundhouse. For more than 20 years he operated the Dunwoody, Norcross & Lilburn based Toy Trains ‘N Things retail store along with myriad partners. As the proprietor of the Orient Express LLC, he traveled the country attending and participating in model train and collectible shows & conventions, and was at one time the largest east coast retailer of Märklin model trains in the U.S. A diehard soccer fan, George was intimately involved in the foundation of the sport in metro Atlanta, first as a booster of the nascent Atlanta Chiefs and avid supporter of the many professional and semi-professional teams in the region. For many years he served as a professional soccer referee and instructor, even serving as the 4th official in an international friendly between the United States and China. He is survived by his wife of 45 years, Margaret S. Masak, his son Christopher Masak, daughter-in-law Caroline Masak, grandchildren Griffin and Lincoln Masak, brother Ret. Col. Steven Masak, his nieces Laura Jones and Michelle Sawyer and nephew Jimmy Masak, as well as numerous cousins and countless friends. A lover of animals, he is also survived by his dog Bentley. A visitation at noon, followed by a remembrance service at 1pm, will be held on Saturday, November 20th at Flanigan Funeral Home and Crematory 4400 S. Lee St. Buford, GA 30518. In lieu of flowers the family requests that memorial contributions be made to the Alzheimer’s Association or American Hemerocallis Society.

George Merle Masak of Suwanee, Ga, passed away on November 13, 2021, at the age of 78. Born on January 12, 1943, in Oak Park, IL George was the eldest son of George and Anne Masak. A graduate of West Georgia College & University and alum of... View Obituary & Service Information

The family of George Merle Masak created this Life Tributes page to make it easy to share your memories.

George Merle Masak of Suwanee, Ga, passed away on November 13,...