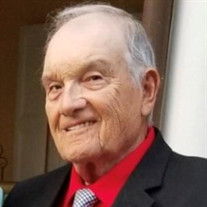 Gerald Alan Bresadola, age 84, passed away on December 28, 2020, in Palm Coast, Fl. He is survived by his loving wife of 41 years, Shirley Brown Owens Bresadola; his children, Michael (Cathy LaPenna), Thomas (Brenda), Teresa Ferrigan (Kevin); three loving grandchildren, Griffin (Jennifer) Ferrigan, Parker (Molly) Ferrigan, and Carly Ferrigan; sisters-in-law, Agnes (Ronnie) Hamilton, and Stella (Gary) Bledsoe; brothers-in-law, James (Susan) Brown and George Brown. His grandchildren were the love, pride and joy of his life. Gerry is also survived by his two little special canine companions, Sadie and Lily whom he loved very much. He was predeceased by his parents, Angelo and Rose Julian Bresadola, and his sister, Marilyn Ciciarelli (David). Gerry was raised in Solvay, NY, graduated from Solvay High School where he was a member of the band and football team. He was a 1958 graduate of LeMoyne College in Syracuse with a B.S. in Industrial Relations. He was a musician with the Syracuse Orchestra playing saxophone and clarinet. He also served in the Air National Guard Reserves for 12 years. Gerry retired as Vice President of Sales for the northern region for a computer manufacturing company. He then became a legendary boat charter captain on Lake Ontario for 35 years. He was known as “Captain Experience”, “BEEBS” and the “Big Kahuna.” Gerry was respected and loved by so many friends and colleagues. The 1997 standing state record for brown trout was caught with Gerry’s guidance and expertise aboard his boat, “Dixie Dandy” for which he was presented a plaque personally by the NYS governor. He was involved with up to a dozen various fisheries’ councils, associations and groups. He was one of the founders of the Oswego Net Pens Project in 2006 established to preserve the health of Lake Ontario in the Eastern Basin. In lieu of flowers, please donate to Oswego Net Pens Project, and mail to the Event Coordinator, Tom Allen, 246 West Seventh Street, Oswego, NY 13126.

The family of Gerald Alan Bresadola created this Life Tributes page to make it easy to share your memories.