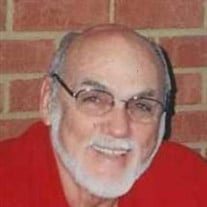 Harold “Hal” Frank Manning, 84, of Suwanee, Georgia, passed away on January 10, 2021 in Lawrenceville, Georgia due to cardiac and respiratory issues. Visitation will be 1:00 p.m. to 3 p.m., Sunday, January 17, 2021 at Flanigan Funeral Home, 4400 South Lee Street, Buford, Georgia. A Celebration of Life will be held at 3:00 p.m., immediately following visitation in the Chapel of Flanigan Funeral Home. Interment will be at a later date in the Georgia National Cemetery in Canton, Georgia. Harold was born in Washington, DC on October 11, 1936. He attended Hyattsville High School in Maryland, after which he enlisted in the US Marine Corp. After serving his country and being honorably discharged from the Marine Corp, he began working in the printing industry, having retired from IBM and later from Standard Register. Being the hard-working man he was, Harold continued to work in the printing industry with Central States Business Forms in Suwanee, Georgia, where he was still employed. Harold was a member of Ivy Creek Baptist Church in Buford, Georgia. Harold never met a stranger; always having a kind word and a smile. He enjoyed working in the yard, watching football, especially the Atlanta Falcons, and he loved attending Gwinnett and Atlanta Braves games with his son, Jason. Harold was a devoted husband and took great pride in caring for his wife, Mildred. He was the most loving dad and a doting “Pap Pap” to his grandchildren, but most of all he was a man of God and loved the Lord with all of his heart. He was so proud to have served his country as a Marine, having lived up to that pledge not only while serving his country, but also while guiding and serving his family and the Lord, always faithful, always loyal. He never ended a prayer without including “and Lord watch over all the men and women in the military, wherever they may serve.” Semper Fi Harold is preceded in death by his mother and father, Harold R. and Elizabeth Price Manning, sister and brother-in-law, Ruth Louise Penn (Steve), sister, Betty Ann Harper, brother-in-law, Henry Cook, sister-in-law, Judy Cook, and grandson, Michael Manning. Harold is survived by his loving wife and best friend of 35 years, Mildred Cook Manning, twin brother and sister-in-law, Donald Manning (Mary Ann), brother-in-law, Mel Harper, brother-in-law, Horace Cook (Niki), and sister-in-law, Janice Miller Cook, daughter and son-in-law, Lynn Bagley Pass (Jeff), sons and daughters-in-law, Michael Manning, Thomas Manning, Craig Manning (Lora), Frank Manning (Darlene), Kyle Manning (Wendy), Jason Manning, and Steve Allen (Kristy); grandchildren, Ashley Manning, Nicholas Manning, Anthony Manning, Samantha Pass, Madison Manning, Chandler Allen, Grant Allen, and Ben Allen, and great granddaughters, Kinsley and Skylar, and several nieces and nephews. In lieu of flowers, the family asks that donations be made to: Patriot Legacy Fund, Inc. by visiting their website at www.patriotlegacyfund.org or mailing a donation to: 320 Town Center Avenue, Suite C-11, #182, Suwanee, GA 30024. Please include “in memory of Harold F. Manning” in the box indicated or on your check. Donations may also be made to: Neonatal Intensive Care Unit of Children’s Healthcare of Atlanta by visiting their website at www.give.choa.org. Please choose “Neonatal Intensive Care Unit” in the Direct by Gift section and also check the “direct my gift as a tribute” and include the name “Harold F. Manning.”

The family of Harold "Hal" Frank Manning created this Life Tributes page to make it easy to share your memories.