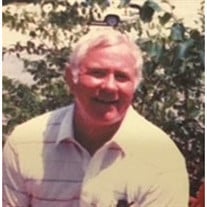 Henry Franklin "Bo" Phillips, Jr., 82, of Buford, Georgia passed away March 6, 2018. He was born August 2, 1935, to Henry Franklin Phillips, Sr. and Mary Lou Ward Phillips of Seven Springs, North Carolina. He was predeceased by his parents, sister JoAnne Phillips Bizzell, and brother Sidney Warren Phillips, Sr. He is survived by his daughters Donna Coleman (Brian) and Debra Canaras (Mike), as well as five grandchildren: Zachary, Taylor and Hannah Coleman and Zoe and Alison Canaras. Additionally, he is survived by Margie Klein, his closest, caring friend for many years. Bo also shared a close relationship with his nephew, Warren Phillips. Bo will always be remembered for his intellectual curiosity, keen sense of direction, and love for all things outdoors, especially fishing. As a young man, Bo attended Georgia Military Academy in Gainesville so he could pursue high school athletics. While at Georgia Military Academy, he lettered in football, baseball, and basketball. After graduation, he attended Duke University. After graduating from Barton College, he moved to Atlanta to start Bo Phillips Co., a construction safety equipment company. Bo's move to Atlanta coincided with the Braves' move to Atlanta and led to a lifelong interest in the Braves. Beside following baseball, Bo loved to hunt, fish, garden (he was a Master Gardener), birdwatch, and enjoy good North Carolina barbecue. Bo chose to have his remains donated to science. There will be a celebration of Bo's life at Flanigan Funeral Home in Buford, GA on Saturday, March 17th at 11 AM. Come and share a Bo story with us. Please come dressed casually.

The family of Henry Franklin Phillips created this Life Tributes page to make it easy to share your memories.