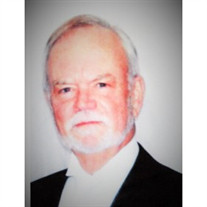 J. Fred Guffin, 71, passed peacefully to take his "last flight" on October 6, 2016 at Peachtree Christian Hospice in Duluth, Georgia. With family and loved ones gathered around him, this lifelong pilot let the Almighty "Pilot" fly him to his new home. Fred was born in Birmingham, Alabama on September 15, 1945, but grew up in Houston, Texas, where he graduated Westbury High School in 1963. He was a life-long Texas Aggie, after being in the Air Corps at Texas A&M University, where he received Officer and Flight Training, graduating in 1968. He immediately entered the U.S. Air Force where he served until 1980, having earned the Distinguished Flying Cross, Air Medal with 13 Oak Leaf Clusters, the National Defense Service Medal, the Vietnam Service Medal with 5 Service Stars, the Air Force Presidential Unit Citation with 1 Oak Leaf Cluster, the Republic of Vietnam Gallantry Cross with Palm and the Meritorious Service Medal. He cherished his fellow pilots known as the Ravens. He, fortunately, survived the horrors of war and served the U.S. Air Force as a pilot of numerous types of aircrafts in the United States, Europe and Asia. Following his Air Force career, Fred entered commercial aviation with a fixed base operation flying in the rugged mountains of Montana, then flew the Boeing 757 for Eastern Airlines. When living in Montana, he enjoyed skiing, snow shoeing, hunting, backpacking and running. Mostly though, he enjoyed time with the love of his life whom he met in Missoula, Lori Gillet, of Missoula. They were married September 26, 1987 and began an incredible journey of devotion, love and wonderful life experiences. Eastern Airlines transferred Fred to Atlanta in 1989, and until the company dissolved, allowed him the honor of flying the 757, which he loved. Fred and Lori stayed in the Atlanta area and he worked for a number of years for several large law firms as IT manager, an area he loved almost as much as flying. They moved to Duluth and were fortunate to be warmly welcomed into a community of friends at Lake Sydney Lanier. Their friendships there and at the University Yacht Club remain deeply important to this day. The outpouring of love of these people, Fred and Lori's families and of their beloved schnauzers, Beethoven and Aggie Madison, have sustained them during Fred's recent illness, which he developed as a result of chemical exposure during his service to his country in Southeast Asia. Ever patriotic, Fred's US flag and Texas A&M flag fly proudly on their houseboat at Lake Lanier. Fred is survived by his wife of 29 years, Lori Gillet Guffin of Duluth, his brothers, Warren Guffin of Missoula, Montana, and Gordon (wife Carolyn) Guffin of Galveston Texas. Tim Guffin (Montana), Jenny Guffin Sousa, (California), Katie Guffin, (Montana), Dr. Jordan Guffin, (Montana), Troy Guffin (Texas) and Jessica Guffin Carner (Texas), his nieces and nephews. Hal and June Gillet (Montana) parents-in-law. Ron and Jan Gillet (Arizona), and Steve and Carmen Gillet (Korea) brothers-in-law. A celebration of Fred's life and an expression of appreciation to those who have added to the quality of that life will be held at University Yacht Club (6649 Yacht Club Road, Flowery Branch, Georgia 30542) at 2:30 on Sunday, October 9, 2016. In lieu of flowers, donations may be made to Peachtree Christian Hospice of Duluth, or the Edgar Allen Poe Literary Society, formed by the Ravens as a scholarship and charity fund, 330 Brook Hollow, New Braunfels, TX 78132, May he rest in comfort and peace. To express condolences, please sign our online guest book at www.flaniganfuneralhome.com. Arrangements By: Junior E. Flanigan of Flanigan Funeral Home and Crematory, Buford, GA (770) 932-1133.

J. Fred Guffin, 71, passed peacefully to take his "last flight" on October 6, 2016 at Peachtree Christian Hospice in Duluth, Georgia. With family and loved ones gathered around him, this lifelong pilot let the Almighty "Pilot" fly him to his... View Obituary & Service Information

The family of J. Fred Guffin created this Life Tributes page to make it easy to share your memories.