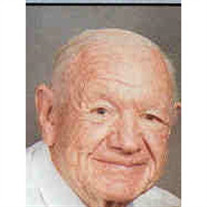 Mr. Jacob Henry ("Jack") Jakovac, age 89, of Flowery Branch, GA passed away Wednesday, August 14, 2013. He is survived by his wife, Norma Chellew Jakovac of Lawrenceville, a daughter, Gloria Jakovac Cheatham of Atlanta, and a granddaughter, Amanda Ward Shanor of Washington, D.C. He is also survived by five stepchildren, Barbara Weidemann of Queen Creek, AZ, Linda Glassey of Flowery Branch, GA, John A. Chellew of Greensboro, NC, Douglas Chellew of Jefferson, GA and Candace Chellew-Hodge of Columbia, SC, and numerous step grandchildren and step great grandchildren. Mr. Jakovac was born November 18, 1923 in Sharpsburg, PA and graduated from Allegheny High School. For most of his career, he was in the tire and automotive business, and was general manager of the Uniroyal tire and automotive store in Doraville at the time of his retirement. During World War II, he served for four years in the U.S. Army Air Corps (now the U.S. Air Force), flying in photo reconnaissance missions and helping deliver supplies by air over "the Hump." He was a longtime member of the First Baptist Church of Buford where he served as deacon. He was a member of the Abundant Life Fellowship and served as its travel chairman for a number of years, organizing trips for the group to Austria, Greece, Spain among others. He was also a member of the adult men Sunday school class and former member of the Silvertone choir. Funeral service will be held on Tuesday, August 20, 2013 at 2:00 p.m. in the Chapel of Flanigan Funeral Home with Rev. Wayne Johnson officiating. Interment will follow at Gwinnett Memorial Park in Lawrenceville, GA with military honors. The family will receive friends at the funeral home Monday from 5:00 p.m. until 8:00 p.m.

The family of Jacob Henry Jakovac created this Life Tributes page to make it easy to share your memories.