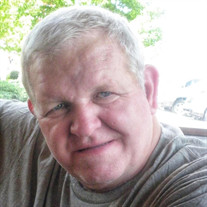 James Michael “Mike” Davis, 71, born July 7, 1950 in Atlanta, Georgia passed away peacefully on November 17, 2021 surrounded by his children. Though born in Atlanta, Mike lived in various cities throughout Georgia, including Decatur, Villa Rica, Lawrenceville, and Dacula. Mike and his wife, Joyce, of 44 years have resided in Bethlehem, Georgia for the past 16 years with their beloved dog, Mollie. In his early years, you would find him hunting, fishing and buying any car he could find. He was the definition of “Jack of all trades” and could make anything or fix anything he put his mind to. Mike spent his career as a diesel mechanic for MARTA Transportation but found more joy in driving a dump truck for a construction company later in life. Mike enjoyed camping with his wife, Joyce, in the great outdoors with their favorite and most frequent destination being the Great Smoky Mountains. If they were not traveling to one of God’s beautiful outdoor creations, Mike was at the side of his wife, being her devoted caregiver until the very end. To know Mike, is to love Mike. If he didn’t win you over with his kind spirit, he would certainly succeed with his unwavering sense of humor. Mike was an amazing husband, daddy, papa, brother and friend. He will forever be remembered for his giving heart to anyone in need. He believed in God, knew where he was going and rejoiced in the reunion that would come. He was preceded in death by his wife, Joyce Fincher Davis; his mother, Mildred Carson Davis; and his father, J.H. Davis. He is survived by his son, Nicholas “Nick” (Hollie) Davis of Cumming, GA; daughter, Dana Davis of Dawsonville, GA; grandchildren, Reagan (10), Carson (9), and Canon (4) Davis of Cumming, GA; sister, Susan (Tim) Edmondson of Stockbridge, GA; brother-in-law and sister-in-law, Terrell and Vickie Mulkey of Cleveland, GA along with multiple nieces, nephews, and cousins. Services will be held on November 22, 2021 at 4 p.m. at Flanigan Funeral Home in Buford, Georgia, 4400 South Lee Street. Family will receive guests between 3 p.m. – 4 p.m. prior to the service. The family would like to extend their sincere gratitude for all of your thoughts, prayers and condolences during this difficult time.

The family of James Michael Davis created this Life Tributes page to make it easy to share your memories.