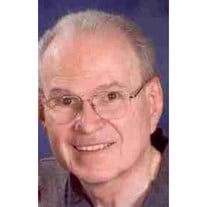 James Lymon Kendrick, III, 67, passed away Monday, January 7, 2013 in Gainesville, Georgia following a long battle with cancer. He was born in Shreveport, Louisiana, son of the late James Lymon Kendrick, Jr. and Gwendolyn Couch Kendrick. As a child Jim moved to the New Orleans area, he graduated from East Jefferson High School with the class of 1964, and he attended the University of Louisiana at Lafayette. Jim served in the United States Army and he is a veteran of the Vietnam War. Most of his career was devoted to his life-long passion in the field of art where he and his wife, Edna Kendrick, built their business, Kendrick III Studio. He will be remembered for his devotion to family, his wit and sense of humor, a love of travel, an incredible artistic talent, and his spiritual leadership. Jim was an active member of First Baptist Church of Buford and a former member of Williams Boulevard Baptist Church in Kenner, Louisiana for thirty years. Jim will be lovingly remembered by his wife of 38 years, Edna Smith Kendrick; his four children, Kirste Kendrick Brooks, James Lymon Kendrick, IV, Jennifer Kendrick Palmer and Lieutenant Commander Christopher James Kendrick; 12 grandchildren; and his sister, Judith Kendrick Louderbough. Funeral services will be held on Saturday, January 12, 2013 in the Chapel of Flanigan Funeral Home at 11:00 a.m. with Reverend Wayne Johnson and James Reed officiating. Friends may visit with the family Friday, January 11, 2013 from 5:00 p.m. until 8:00 p.m.

The family of James Lymon Kendrick, III created this Life Tributes page to make it easy to share your memories.