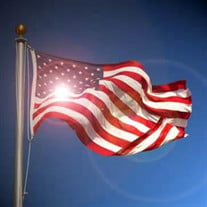 James M. Watson was born 9/17/43 and died 12/24/21 at age 78. It is believed he had a heart attack and left this earth quickly. His wife, Norma J. Watson of Hoschton, age 75, and his son, Michael S. Watson of Grayson, age 52, are still living. His son’s wife, Chrissy, also lives with him in Grayson and is still living. He had 3 grandchildren: Mark, 20, Melissa, 22 and Scott, 25. Scott is in Columbus, GA and currently in the U.S. Army. He is preceded in death by his parents James W. Watson and Tommie Lee Watson and a brother, Thomas Wade Watson. Jim was honorably discharged from the U.S. Navy and served from 1962 until 1966 during the Vietnam Era. He played in the Navy Band and was a Seaman. He married his current wife, Norma, in 1966 and had been married for 55 years. His wife was also in the Navy. They met in Charleston, SC where they were both stationed. Jim played tuba in his high school band. He learned to play the string bass while in the Navy. He loved music and his youngest grandson, Mark, seems to take after him. He liked fishing and talking politics. A Memorial Service will be held at 1:00 p.m. on Saturday, January 15, 2022 in the Chapel of Flanigan Funeral Home, Buford, GA with Rev. Mike Day officiating. If anyone is interested, a contribution can be made in Jim's memory to any of the following: Cancer Research Institute; Hire Heroes in Alpharetta; In Touch Ministries in Atlanta; Living on the Edge in Duluth, GA.

The family of James M. Watson created this Life Tributes page to make it easy to share your memories.