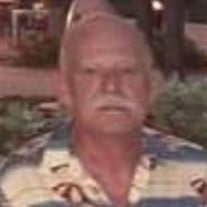 Janusz Jacek Gazur, age 64, of Cumming, Georgia, passed away on Friday, September 10, 2021. Funeral services will be held at 1:00 p.m., Saturday, September 18, 2021 in the Chapel of Flanigan Funeral Home. Visitation will be before the Service from 11:00 a.m. to 1:00 p.m. at Flanigan Funeral Home, Buford, Ga. All are welcome to attend. Janusz was born November 27, 1956 in Ostrów Mazowiecka, Poland. He was the first born child of Jerzy and Halina Gazur. Janusz received his associates degree in Automotive Technology. After obtaining his degree, he worked as a mechanic, and then worked as a driver instructor for a driving school and was the transportation bus operations manager for the city of Raciborz, Poland. Janusz married Danuta on June 16, 1979, in Raciborz, Poland. They built a life together for 42 years and were blessed with two daughters, Alicya and Kasia, who Janusz considered to be his greatest treasures in life. In December 1986, Janusz brought his family to the United States. Janusz worked as a mechanic at Budget in Boston, MA before moving to the Metro-Atlanta area. Once he settled in Georgia in 1990, he worked as a lead maintenance technician with Atlanta Precision Molding (APM) for 19 years. He then went and worked as a maintenance technician his last 9 years at Ricoh Electronics in Lawrenceville, GA. He was very good at his job and was admired by many. Janusz was a very intelligent man, he was able to fix anything and was very creative. He was preceded in death by his father, Jerzy Gazur. He is survived by his wife, Danuta Gazur; daughters, Alicya Gazur Bailey, Kasia Gazur; granddaughter, Aliyah Gazur; mother, Halina Matys Gazur of Poland; sister, Iwona Kwiecien, brother-in-law, Bogdan Kwiecien; and nephew, Edward Kwiecien of Canada. Janusz was a family man and put his family first and did everything to provide for his wife, daughters, and granddaughter. He enjoyed traveling and going on family vacations. He had a passion for cars. He had approximately 30 vehicles in his lifetime. He truly lived a full life. He was able to fulfill most of his desires of his heart while he was on this earth. He was loved by many and was a loyal man. He had a huge heart, his family and friends could always count on him in any situation. He loved his wife, children and granddaughter with all his heart and made sure they never went without. Janusz always expressed his deep love for his wife, as their love was one of a kind. He will be greatly missed and fondly remembered by his family and friends.

The family of Janusz Jacek Gazur created this Life Tributes page to make it easy to share your memories.