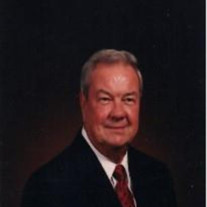 John Emmett Phinazee, Jr. (Bill) John Emmett Phinazee, Jr. died peacefully on Christmas Day, December 25, 2021, loved and cherished by his family. He was born in Forsyth, GA on February 22, 1928, the son of John Emmett Phinazee and Frances Rumble Phinazee, and was 93 years of age. He was a graduate of Mary Persons High School and attended Gordon Military College. From January 1947 to September 1960, he was employed as a clerk in the post office at Forsyth, GA. During the period 1950 through 1953 he served in the U.S. Air Force in Japan and Korea during the Korean War. On September 17, 1960, he was appointed to the position of United States Postal Inspector, having territory assignments in Johnstown and Altoona Pennsylvania and Greensboro, N.C. On June 30, 1971 he was transferred to Atlanta, GA where he specialized in the investigation of major mail fraud cases. He retired from the Postal Service on January 9, 1981 with 34 years of federal service. From 1981 to 1986 he was employed as a Securities Investigator by the Georgia State Securities Commission. In 2005, he co-authored a book with another retired Postal Inspector titled Moments in Time (True Stories of the United States Postal Inspectors). He was a member of the National Association of Retired Postal Inspectors, the Korean War Veterans Association, The American Legion and the Hamilton Mill United Methodist Church where he was active in Operation Soldier Support, a program sponsored by the church to support our troops deployed to Iraq and Afghanistan with cards, letters and care packages, as well as any emergency needs of their families, and veterans at home. He is survived by his wife of 67 years, Maxine Jordan Phinazee, Buford, GA; two daughters: Kathy Phinazee Bullock (Greg), Loganville, GA and Kimberly Phinazee, Cumming, GA.; two granddaughters: Mallory Brickley Thounhurst, (Andrew), Good Hope, GA; Erin Brickley, Pensacola, FL; two great grandsons Bryson Andrew Thounhurst and John Brantley Thounhurst; a great granddaughter, Adara Quinn Bullard; and nephew Roger L. Kraft (Judy), of Manchester, TN. A Graveside Service will be held at 12:30 p.m. on Wednesday, January 12, 2022 at the Georgia National Cemetery, Canton, Georgia. In lieu of flowers he requested that contributions be made to the Northeast Georgia Veterans Shelter (neghvs.org) in Winder, GA, or to Wreaths Across America (www.wreathsacrossamerica.org.) for Christmas Wreaths for veterans’ grave sites at the Georgia National Cemetery.

The family of John E. "Bill" Phinazee Jr. created this Life Tributes page to make it easy to share your memories.