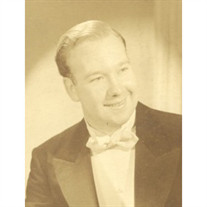 John Hutchins, age 92, of Buford, GA passed away on Thursday, July 25, 2019. He was preceded in death by his parents, W. J. Hutchins and Vivian Jarrard Hutchins; and brother, Dr. Harry Hutchins. Mr. Hutchins is survived by his wife, Lucy Jones Hutchins, Buford, GA; brother and sister-in-law, Dorsey and Louise Hutchins, Winder, GA; sisters-in-law, Jannean Moore Jones, Buford, GA and Shirley Porter Jones, Sugar Hill, GA; beloved nephew and niece, Randy and Deanna Jones, Buford, GA; beloved niece and nephew, Jeanette and Vernard Cruse, Buford, GA; and other beloved nieces, nephews and cousins. Mr. Hutchins was born June 27, 1927 in Buford, GA. He attended Buford High School and later graduated from Darlington High School in Rome, GA. Mr. Hutchins was a veteran of the Merchant Marines. He was a graduate of John Marshall Law School, LLB where he was a member of Phi Delta Theta Sigma Delta Kappa. He also attended the University of Maryland. John and Lucy Hutchins were married at Buford Presbyterian Church on March 4, 1953. Mr. Hutchins was a retired realtor, and did sales and advertising. John and Lucy Hutchins were co-owners of Hutchins Real Estate Company in Buford, GA. He authored several English books for the University of Georgia. He taught doctors in Maryland how to install contact lenses. He had also worked for the City of Winder in redevelopment, and wrote the history of Winder, GA. He also was the author of Hutchins Guide to Bible Reading. Mr. Hutchins was elected to the State House of Representatives from Hall County in 1948. He was also a former legislator and was appointed public relations director and consultant. He was a fully accredited associate of San Francisco College of Chiropractic. Mr. Hutchins was a member of the Buford First United Methodist Church in Buford, GA. Funeral services will be held on Sunday, July 28, 2019 at 2:00 p.m. in the Chapel of Flanigan Funeral Home with Rev. Wayne Johnson officiating. Interment will follow at Broadlawn Memorial Gardens in Buford, GA. The family will receive friends at the funeral home on Saturday, July 27th from 4:00 p.m. until 8:00 p.m. and again on Sunday from 12:00 p.m. until 2:00 p.m. In lieu of flowers, memorial donations may be made to the Buford First United Methodist Church, P.O. Box 329, Buford, GA 30515 in memory of John Hutchins.

The family of John Hutchins created this Life Tributes page to make it easy to share your memories.

John Hutchins, age 92, of Buford, GA passed away on Thursday,...