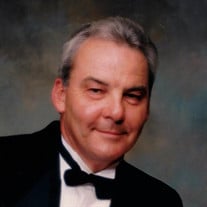 John “Jack” Jett, 75, of Flowery Branch, passed away on Saturday September 19, 2020. Jack was born on March 24, 1945 in Terre Haute Indiana. Jack was a 1963 graduate of Garfield High School. Jack is survived by his high school sweetheart and wife of 55 years Rayetta (Hoke) Jett of Flowery Branch; daughter Jill Jett Parker, son-in-law Jerome of Auburn, and grandson Jacob of Atlanta. He is also survived by brother-in-law and sister-in-law Max & Diana Hoke of Lafayette, Indiana, sister-in-law Darlene “Dee” Hoke of Terre Haute, Indiana, nephew Jonathon Hoke and wife Erin of Lafayette, Indiana, nephew Tim Hoke and wife Kathy of Indianapolis, Indiana, niece Ericka Hoke Smith and husband Greg of Deland, Florida. He is preceded in death by his parents John & Dorothy (Tuttle) Jett, brother Frank Jett and sister Jill Jett, father-in-law and mother-in-law J.T. and Helen Hoke and brother-in-law Jim Hoke. Jack proudly serviced his country in the United States Navy on three tours of duty in Vietnam as a machinist mate 2nd class E5, aboard the USS Edson DD946. He was decorated and received the coveted Honor Man Award. Upon returning from his military service, Jack attended Indiana State University and studied law, until he took part in a ride along with an Indiana State Trooper, at which time his studies turned to the Police Academy. After earning top marks, Jack became a standout cadet and an example to all those in his class. After becoming an Indiana State Trooper, he was assigned to White County and settled in the small town of Monticello. After deciding to leave the state police, Jack became a manufacturer’s representative which brought he and his family to the beautiful state of Georgia. Jack eventually started his own representative company, at which he, and daughter Jill, worked side by side for 24 years. He was wildly insightful, developing many products that he tuned into a second and eventually a third business, all from ideas that Jack designed. Jack was true patriot and a fierce supporter of all rights afforded to us as citizens of the greatest country in the world. He never apologized for his views, as we all have the right to our own opinions and should respect each other no matter what those opinions may be. Jack was passionate about the things and the people he loved, which included boating on Lake Lanier, attending Corvette functions and spending tens of thousands of miles on his Harley Davidson with his riding buddies who meant a great deal to him. He was an animal lover, specifically miniature dachshunds of which he had many in his lifetime and is survived by his beloved Trixie. Jack was a devoted Husband, Brother, Father, Grandfather and Friend. He was deeply loved by many and will be sorely missed. There will be no public service. In lieu of flowers, donations may be made to the Wounded Warrior Project or St. Jude’s Children’s Research Hospital. woundedwarriorproject.org stjude.org

The family of John "Jack" Jett created this Life Tributes page to make it easy to share your memories.

John “Jack” Jett, 75, of Flowery Branch, passed away on Saturday...