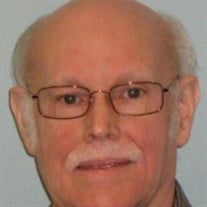 John Thomas Parsons, age 78, of Gainesville, GA passed away on Wednesday, December 9, 2020. He was preceded in death by his wife Ruth Elaine (Crandell) Parsons. John was an amazing husband and father and is survived by his three children…John A. Parsons of Mason, Ohio, David M. Parsons of Plainfield, Illinois (wife, Cheryl) and Nancy Parsons of Gilbert, Arizona as well as his two older brothers Bruce (wife, Olive) of Montgomery, Alabama and Bob (wife, Adelaide) of Cape Girardeau, Missouri. He was the proud grandpa of 7 grandchildren: Jake Riley and Hannah Elizabeth Parsons, Brianna Elyse, David Alexander (Alex), and Cameron Wesley Parsons, and Henry Matthew and Miles William Drucker. In recent years he became a great grandfather to Evelyn Rae Ochoa and Augustus Michael Parsons. John Parsons was born March 29th, 1942 in Detroit, Michigan, the youngest son of Marie Elizabeth (Betty) Hamel and Bruce Leonard Parsons. John grew up in Saline, Michigan, living in the old Ford Schoolhouse which was converted to his childhood home. He had fond memories of Mill Pond and summers spent in Port Elgin with his family. He worked for the Saline Reporter in high school and college, selling photographs and helping with various jobs around the office. He was a 1964 graduate of the University of Michigan, where he majored in mathematics and later went on to obtain a master’s degree in Quantitative Analysis from Loyola University in Chicago. In 1969 he married Ruth Elaine (Crandell) Parsons. John started his career at Western Electric, later moving to Bell Labs and finishing his career at Lucent Technologies where he was promoted to Senior Systems Analyst. John was a jack of all trades. If there was something broken, he could fix it. If you needed an answer, he would have it. If you had a problem, he would solve it. He was extremely intelligent and had a love and passion for astronomy, fossils, and computers. He was amazed by the new technology that evolved throughout his lifetime. In retirement, John volunteered his time working as an AARP Tax Aide, helping senior citizens with their taxes and later helped with sound and lighting for events at Lanier Village Estates. John and Ruth took many trips including Alaska, Tahiti, Ireland, and cruises on the Danube and Panama Canal. Most importantly John was a beloved father and husband who always took care of his family, friends, and neighbors. John possessed a quiet strength in everything he did throughout life, remaining positive and never complaining even as he endured the effects of Parkinson’s Disease. He will be deeply missed but his legacy of kindness will live on through his family. A memorial service will be held on May 15th at Oakwood Cemetery in Saline, Michigan at 2:00 PM. Memorial offerings may be made to a charity benefiting Parkinson’s research, the Alzheimer’s Foundation or a charity of your choice.

John Thomas Parsons, age 78, of Gainesville, GA passed away on Wednesday, December 9, 2020. He was preceded in death by his wife Ruth Elaine (Crandell) Parsons. John was an amazing husband and father and is survived by his three children&#8230;John... View Obituary & Service Information

The family of John Thomas Parsons created this Life Tributes page to make it easy to share your memories.

John Thomas Parsons, age 78, of Gainesville, GA passed away on...