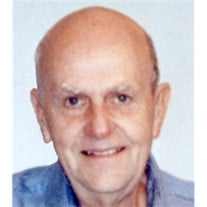 Kenneth Dean Bennett, age 81, died at Gwinnett Medical Center on July 7, 2015. He was born to the late Orris Raymond Bennett and Ruth Anne Norvel Bennett on June 20, 1934 in Carthage, Missouri. He is survived by his wife of 59 years, Sally, son and daughter-in-law Michael and Terri Bennett of Colleyville, Texas, daughter and son-in-law Karen Bennett Lerew and Paul Lerew of Grayson, Georgia and precious grandchildren Melissa Bennett of Grapevine, Texas, Kristen Bennett of San Marcos, Texas, Chase Bennett Lerew and Logan Dean Lerew of Grayson, Georgia. Ken spent his early years in Missouri and Kansas and moved to Texas at the age of ten. His father owned newspapers in San Saba, Melvin, and Van Horn, Texas. Ken worked in the newspaper offices and print shops and gained a sincere appreciation for hard work. He made time for scouting and played football, basketball and ran track. He worked summers in boys camps and was a lifeguard at Balmorhea State Park in Texas. He graduated from Texas Tech in 1956 with a degree in Journalism. He worked for the Lubbock Avalanche Journal and also the school newspaper. He met his wife at Tech and they were married during his senior year. He served in the Army 1956-1958 and spent most of that time in Germany. Returning home he was employed as the Public Relations Director at All Saints Hospital in Fort Worth, Texas and helped in the opening and dedication of their new buildings. The family then moved to Dallas, Texas and he spent the rest of his working years with United Ways in Dallas, Wichita Falls, Texas and Atlanta, Georgia. He served the Metropolitan Atlanta United Way as Vice President of Fund Raising. After retirement, many trips were made. One was a trip to Germany to show his family the places where he had served, with side trips to Austria, Switzerland and Italy. A special trip to Italy with best friends Guy and Laverne was to show Guy the grave of his brother, who had been killed early in World War II. Guy had attended college on his brother's insurance and had talked for years about wanting to visit the military cemetery and Ken was so happy to see that happen. Another special trip was to take his mother on a cruise for her 93rd birthday. Ken and Sally went on several cruises - through the Panama Canal, the Mediterranean and the Bahamas, along with numerous road trips. But the most special trips were the ones that introduced his grandchildren to new adventures. They included trips to beaches, DisneyWorld and lots of restaurants. He treated his two granddaughters to their first cruise (they must have liked them cause they've been on several since then.) He took his oldest grandson to Washington DC for ten days, then both boys to the Kennedy Space Center where they had lunch with a "real astronaut". His mother spent her last year in his home. It was a difficult time but he knew she was well-fed and cared for with love. Soon after she died he was diagnosed with lung cancer. He survived the surgery and had several good years. He was a giving person and it was difficult for him to accept the help he needed in the last few months of his life. A memorial service to celebrate his life will be on Thursday, July 16 at Flanigan Funeral Home, 4400 S. Lee Street, Buford, Georgia at 3pm. Memorial gifts can be made to Boy Scouts of America, the USO or the charity of your choice.

Kenneth Dean Bennett, age 81, died at Gwinnett Medical Center on July 7, 2015. He was born to the late Orris Raymond Bennett and Ruth Anne Norvel Bennett on June 20, 1934 in Carthage, Missouri. He is survived by his wife of 59 years, Sally,... View Obituary & Service Information

The family of Kenneth Dean Bennett created this Life Tributes page to make it easy to share your memories.