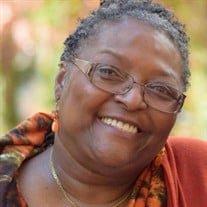 December 18th, 2021, Linda Jean (‘Lynne’) McCline, beloved daughter, sister, and mother, passed away after many prolonged illnesses at the age of 69. Lynne was born on January 20th, 1952, in Chicago, Illinois, to George and Jeanie (Pruitt) McCline. She graduated from Parker High School on the South Side of Chicago in 1969. After giving birth to her only child, a daughter named Cynthia, that same year, Lynne went on to work for the United States Postal Service, where she met her future husband, John Arrington; they married in 1972, when John adopted Cynthia, and she helped raise John’s son from a previous marriage, Frank Arrington (deceased 2011). After a separation and eventual divorce, Lynne left the Postal Service in 1980 and began a 31-year career at Illinois Bell (now AT&T), where she made a wide number of lifelong friends. In 1989, Lynne began a life of sobriety that continued until her death. She celebrated 32 years sober on September 3rd, known to her loved ones as her ‘clean day.’ As part of her new life direction, Lynne became a follower of Christ, and baptized in 1992 at Salem Baptist Church of Chicago by Reverend James Meeks. Lynne had several passions throughout her life, which focused on athleticism, sports, and reading. She played tennis often as a young adult and often took her daughter and other children to the Roseland Tennis Facilities so they could learn the sport. During that time, Lynne was also an avid roller-skater. During the early 1980s, she would teach Saturday advanced-skating classes at the well-known roller-skating complex called The Rink, on 89th and Ashland in Chicago. Lynne would go on to successfully compete in local competitions in the Chicago skating community. As for reading, Lynne was an extraordinarily avid reader throughout her life, and spent time supporting the Carter G Woodson Library, built in 1975 in Chicago, by taking her daughter and other children to ‘reading days’ during the weekends. That passion was reflected in her Christian values, as Lynne acquired a comprehensive collection of bibles, other scripture-based works, and sobriety texts throughout her lifetime. And while not especially fond of cooking, Lynne was known for two dishes that she loved to make: macaroni and cheese, and catfish with spaghetti. In fact, her mac and cheese was a highly requested and beloved holiday staple at practically every family and friendship gathering she participated in. After experiencing a serious health event in April 2011, Lynne retired in November of that year, and in 2015, moved to Georgia to be closer to her immediate family, for support during her health struggles. Despite this, Lynne joined Cross Pointe Church in Duluth, Georgia, where her sister Debra was already a congregant, and helped build a weekly bible study ministry which continues today. Lynne is survived by her mother Jeanie, her sister Debra, her daughter Cynthia, her nephews George McNeese and Duane McNeese and their families, her many cousins within the Pruitt family, and many beloved members of the Chicago clean-and-sober community, as well as her Christian fellowships in Illinois and Georgia. Services are private.

The family of Linda "Lynne" McCline created this Life Tributes page to make it easy to share your memories.