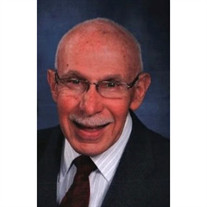 Lynn Eugene Archer of Lanier Village Estates, Gainesville, GA died at age 74 of Leukemia. Lynn was born in Oak Park, IL on January 10, 1944 to parents Willard and Lorraine Archer. He was the 2nd of 5 children. All were taught scripture during family devotions and were shown by example how Christians were supposed to live. At age 6 he made a specific decision to accept Christ as his personal Savior. After graduation from Columbia International University in 1966 he spent 2 years on the mission field where he met the love of his life, Julia, at language school in Costa Rica. When returning to the states, he worked with his father's consulting firm to assist eleemosynary organizations. (Non-profit Christian organizations) In 1982 Lynn served as Planned Giving Director for the Georgia Division of The Salvation Army. In 1988 he was offered the position as Vice President, Planned Giving with the Arthritis Foundation. During the next fourteen years his overall responsibility was to establish a nationwide planned giving program. Lynn E Archer, CFRE, served as National Vice President, Charitable Estate Planning for the American Heart Association from May 2002 - June 2010. In 2006 Archer was appointed to the board of the American Council on Gift Annuities as a nonprofit sector representative. Lynn loved to play his trumpet. While serving as Deacon for Ivy Creek Baptist Church in Buford, GA for 5 years he started their orchestra. He attended North Lake Baptist and yes, played in that orchestra also. His favorite activity, however, was to spend time with his grandkids at football, soccer, basketball, track, band and cheerleading events. He is survived by his wife, Julia Ester (Esquivel) Archer, his two sons Jeff (Dona), Matt (Tammy), 7 grandchildren Kyle, Jenna, Jaxon, Ben, Abby, Sam and Wyatt all of Buford, GA; his three brothers Wayne, Larry, Hugh and his sister Carol Krause, all of Texas. What stood out in Lynn's life was not just the work history, or the association and affiliations with others, so much as his faith and love in Jesus Christ and relationship with the Lord. His open spirit and heart will be missed here but enjoyed in Heaven. He is now home. A Celebration of Life Service will be held on Tuesday, July 3, 2018 at 2:00 p.m. in the Chapel of Flanigan Funeral Home with Dr. Craig Dale and Rev. Danny Jones officiating. The family will receive friends at the funeral home on Tuesday, July 3, 2018 from 1:00 p.m. until time of service at 2:00 p.m. In lieu of flowers, donations may be made to Wycliff Ministry of Tim & Lori Ruth, https://www.wycliffe.org/partner/The-Ruths In lieu of flowers, donations may be made to Wycliff Ministry of Tim & Lori Ruth. https://www.wycliffe.org/partner/The-Ruths

Lynn Eugene Archer of Lanier Village Estates, Gainesville, GA died at age 74 of Leukemia. Lynn was born in Oak Park, IL on January 10, 1944 to parents Willard and Lorraine Archer. He was the 2nd of 5 children. All were taught scripture during... View Obituary & Service Information

The family of Lynn Eugene Archer created this Life Tributes page to make it easy to share your memories.