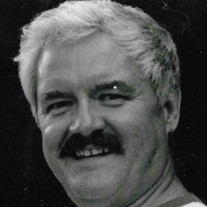 Millard John “Jack” McDaniel, 86 The Earth lost a good man on Friday, September 18, when Millard John “Jack” McDaniel passed on at home lovingly surrounded by his wife and youngest daughter. Jack was born an only child in April 1934 to parents Franklin Millard “Mac” and Anna Carolyn McDaniel of Wilmington, DE. He was raised in Wilmington and went to college at the University of Delaware where he was the school mascot, the Blue Hen, and served as an active brother of Sigma Nu fraternity. Jack was an Army ROTC student and graduated with a Bachelor of Science degree in Electrical Engineering. After graduation, he served as a Lieutenant in the Army where he was an instructor at the Nuclear Weapons School in Albuquerque, NM. He was an avid swimmer and was a member of the First Army Swimming and Diving Team. This led him to trying out for the 1956 summer Olympics. He rose through the ranks in the Army and was honorably discharged as a Captain. He worked for RCA as a young engineer. It was there where he met his beautiful bride of 60 years, Rexanna, who was working as a typist at the time. Jack was a contractor for NASA during a very exciting time. He was involved in many space programs missions (Mercury, Gemini and Apollo programs), including the pinnacle Apollo 11 mission to put man on the moon. He famously could not attend the launch party for this mission as his bride was 8 ½ months pregnant at the time and he had to stay home – “famous” because he reminded one of his daughters of this numerous times. Jack transitioned his career to computerizing processes and control systems, focusing on newspaper printing presses. He worked for the Minneapolis Star Tribune and the New Jersey Bergen Record. He eventually retired from the Record and worked as a consultant for a small business focusing on computer automation for newspaper printing processes across the mid-Atlantic region. Jack loved computers before they were cool and would oftentimes bring home his “portable” computer to work in the evenings – “portable” computer at that time being the size of a small suitcase with display screen the size of a cell phone. Jack was a clever inventor, designer, and woodworker. His projects included building the family TV set to the amazement of his daughters; constructing a large doll house complete with hard wood floors with miniature slats he made by hand; and supporting his wife’s love for antiques by refinishing all the projects she dragged home. Jack was a DeMolay, a Freemason (part of the Lebanon Lodge in Minneapolis, MN) and a Shriner. He was an active member of the Funsters group, a Shriner affiliated volunteer group. As a member of the Funsters, Jack would dress up as “Mickey” the clown and go to Shriner children’s hospitals and events with children to brighten their day. Jack had an active clown schedule, spending almost every Saturday dressed in his big red wig and red suspenders and every year performing a skit in the legendary Shrine circus. Jack and his wife, Rexanna, moved to Georgia in retirement to live closer to one of their daughters and her family. Jack is survived by his wife and four daughters, Kathy Seaberg of Inver Grove Heights, MN, Robin McDaniel of Inver Grove Heights, MN, Heather (Eric) Quedenfeld of Washington, PA, and Amy (Karl) Fluetter of Suwannee, GA. Also surviving are 11 grandchildren – Gunnar (Rachael), Emily, Jack (Taylor), Hunter, Jackson, Rexanna, Caroline, Derek, Noah, Della, and Mac – and 3 great-grandchildren – Amelia, Parker, and Gracie. Jack was a loving, honest, kind and gentle man. He was introverted, smart, supportive, big-hearted, and fun-loving. He was a father, grandfather, and great-grandfather who loved his bride and his daughters very much. He is one of the best and always will be. He is missed beyond measure. A private visitation is scheduled for Wednesday September 23 from 5-6 pm at Flanigan Funeral Home, Buford, GA. A private burial, with full military honors, will occur Thursday morning September 24 at Georgia National Cemetery. In lieu of flowers, donations can be made to the Shriner Hospital for Children in memory of Millard J. McDaniel www.donate.lovetotherescue.org

The family of Millard John McDaniel created this Life Tributes page to make it easy to share your memories.

The Earth lost a good man on...