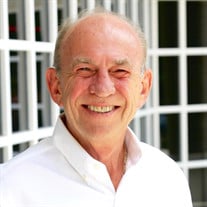 Morley Victor Spencer PE, age 73, passed away peacefully at his home on Saturday evening, September 4th surrounded by his wife, children, and dear friends. Morley was born in Bristol, England where he spent his early adulthood chasing women and perfecting his pub crawling skills along a two mile stretch of road in Little Stoke which, to his best recollection, encompassed seven perfectly spaced pubs. He considered his mastery of a good pub crawl to be one of his more notable accomplishments during his formative years, along with his participation in the infamous Mods and Rockers confrontation on Brighton Beach where a Mod’s well aimed punch left him with the deviated septum that he sported as something of a trophy for the rest of his life. Although Morley was a natural born engineer, his entry into the field was accidental. Upon his graduation from high school he was offered an apprenticeship with Drake & Scull Engineering which he accepted with the mistaken understanding they were going to teach him to be a draftsman. As it turned out what they actually had in mind was to make a mechanical engineer out of him. He was enrolled at Bath College and spent the next five decades practicing the trade that would be his life’s passion. Although he loved England--and despite the fact he had never even been to America--Morley longed to be an American. Encouraged by his mum Sydney he quit his job and bought airline tickets for himself and his English bride, arriving in New York City with a guitar and a few hundred dollars in his pocket. In the years that followed he pursued his career and diligently worked towards his goal of citizenship, narrowly missing deportation a few times due to expiring visas, until his immigration officer grew weary of seeing him across his desk and stamped his papers. He proudly took his oath of citizenship wearing shoulder length blond hair and a brown and yellow plaid suit, a bold fashion statement forever memorialized by the photo on his citizenship documents. The story of Morley’s life in America is a testament to his hard work, determination, self-reliance, and persistence. It was a story he told every single year on April 15th when he felt the government’s hand in his pocket (the bigger the tax bill the more detailed and impassioned the story). His CPAs over the years quickly learned to soften bad tax news as best they could and to bring earplugs to the meeting. Morley was unfailingly tidy and precise (“if it’s not a right angle it’s the wrong angle”), meticulous with paperwork and his tools, and never arrived anywhere one minute later than ten minutes early. His penchant for candor and honesty was legendary. He was not the person to ask if an outfit made you look fat or if an engineering or architectural design was good unless you actually wanted to know the answer. He was fiercely independent and exceedingly proud of the fact that he never took a dime off the government in his entire life until the people at Social Security insisted he start taking their checks after his 70th birthday. Morley was a man of many talents. He excelled at growing tomatoes, woodworking, captaining boats, and driving his motorcoach to see the country he loved so much. He was a connoisseur of Sunday roasts, brussel sprouts, all forms of potatoes except yams, anything chocolate, and a properly prepared Jack Daniels with ginger ale. Although his culinary efforts were generally limited to making morning coffee his secret chili recipe won two state championships and earned him a spot at a national chili competition. He loved his family and friends, reading, Queen Elizabeth, Brexit, rock music (particularly music by British groups) (shout out to Freddie Mercury), fireworks, and anything on the History Channel. He was always up for a good adventure, once helping some guy he met in a bar deliver an airplane to Central America the following day. He hated Socialism, okra, illegal immigration, dishonesty, doing plumbing repairs, and unstarched dress shirts. He was insanely proud of the engineering firm he founded and of the two daughters and son in law he gained as part of a package deal when he married his soulmate, Susan. Morley’s exuberance for life, his brilliant smile and his easy laughter will be greatly missed. Morley was predeceased by his parents Victor Nelson Spencer and Sydney Bradford Spencer. He is survived by his wife Susan Dockins Spencer, daughters Michelle Mohr Garr (Tony) and Heather Mohr, grandsons Kurt (Julia) Garr, Kory Garr and Justin Powell, great granddaughter Ava Garr, sister Carol Marks and nephew Adam Marks of Bristol, England, niece Laura Marks (Jeremie Janise) of New Orleans, his loving Tennessee family Loretta and Jim Ryan, Roger and Millie Dockins, Bradley Dockins, Paul and Jane Dockins, and his longtime friend, business partner and brother of the heart Doug Bristol. A celebration of Morley’s life well lived will be held at 1 PM on Monday, September 20th at The Venue at Friendship Springs, 7340 Friendship Springs Blvd, Flowery Branch, GA 30542.

The family of Morley Victor Spencer created this Life Tributes page to make it easy to share your memories.

Morley Victor Spencer PE, age 73, passed away peacefully at his...