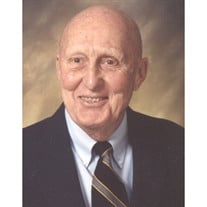 Donald Thomas Sheridan, age 89, died on Saturday 4 Nov 17 at his home with his wife, Nellie Jean Sheridan at his side. Short of being behind the yoke of an aircraft (more on that later), which would have been problematic, he was where he wanted to be when he died. He was born in Cleveland, OH on 10 Aug 1928. His parents were Arthur and Nesta Sheridan, who had emigrated from England at the turn of the century. Don was proud of his Irish/Welsh heritage and it shaped his attitudes on life. Don was a graduate of the United States Military Academy (West Point), Class of 1951. The bearing inherent to his heritage and his military training shaped his life and he passed these qualities on to those who followed him. He served a tour in the Korean War as an Infantry Officer. For his leadership and commitment to mission during the Battle of the Chosin Reservoir, he earned the Silver Star. He also earned a Bronze Star while on this assignment in Korea. He resigned his commission in the United States Air Force (USAF) Reserve to enlist as a Warrant Officer in the United States Army (USA) to fly helicopters in support of the war in Vietnam. While serving in Vietnam, he earned another Bronze Star, the Distinguished Flying Cross as well as numerous Air Medals and other Citations. He retired as a Lieutenant Colonel from the Alabama Air National Guard in 1982. Don was a career pilot, with well over 20,000 hours of fixed-wing and helicopter time. He logged hours "behind the stick" in military, commercial, corporate and private aircraft. Aviation was his life. Gone in body, but not in spirit, he leaves on this earth his wife of 62 years, and love of his life, Nellie Jean (Wadkins) Sheridan, his daughter Lynne Sheridan, his son Reed Sheridan (his wife Judy Sheridan and daughters Sara Sheridan and Lara Sheridan), and daughter Ann (Sheridan) Butler (her husband Shawn Butler, son Austin Butler and daughter in-law Lauren Butler). Don embodied the West Point Motto "Duty, Honor, Country" and will be missed by those he loved, those who loved him and those he came to know. Fittingly, a memorial service is planned at 11:00 AM on Veteran's Day, Saturday 11th of Nov 2017 at Buford Presbyterian Church, 1242 Buford Highway, Sugar Hill, GA 30518. In lieu of flowers, if donations wish to be made, per Don's wishes, please make them to Buford Presbyterian Church "Step up to the Well" fund.

Donald Thomas Sheridan, age 89, died on Saturday 4 Nov 17 at his home with his wife, Nellie Jean Sheridan at his side. Short of being behind the yoke of an aircraft (more on that later), which would have been problematic, he was where he wanted... View Obituary & Service Information

The family of Mr. Donald Thomas Sheridan created this Life Tributes page to make it easy to share your memories.