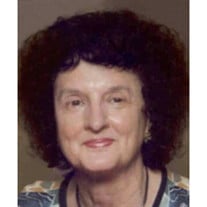 Mrs. Nell Camp Bailey, age 84, of Sugar Hill, GA passed away on Monday, February 16, 2015. She was preceded in death by her parents, Ed and Winnie Bowman Camp; great grandparents, H. E. and Sallie Bowman; son-in-law, Don Slayter; brother, Walter Camp; and sister-in-law, Mary Shepherd Camp. She is survived by her husband of sixty seven and one-half years, J. W. Bailey; daughters and son-in-law, Gayle Bailey Smith and husband Gary Smith, Myrtle Beach, SC, and Joan Bailey Slayter, Sugar Hill, GA; grandchildren, Jamie and Laurie Smith, Myrtle Beach, SC, and Tiffany and Jereme Norris, Sugar Hill, GA; three great grandchildren, Railey, Cody, and Holly Smith; nieces, Cathy and Alan Ewing, Bethlehem, GA, and Judy Perry, Doraville, GA; brother-in-law and sister-in-law, Larry and Doris Bailey, Cleveland, GA; and several nieces, nephews, and cousins of the Bailey family. Mrs. Bailey was born October 31, 1930 in Buford, GA and grew up on a farm in the Buford/Sugar Hill area where her family raised animals. She was a 1947 graduate of Sugar Hill School where she was an avid basketball player. She was a homemaker, an avid seamstress and gardener, and a great cook. She was a member of Sugar Hill Baptist Church for seventy years during which she was the church pianist for approximately twenty years. She was a member of the Antique Car Club with her husband, J.W., and they enjoyed traveling to many places over the years. The family would like to extend "special thanks to Lemma Livingston for all her heartfelt care for Nell Bailey." Funeral services will be held Thursday, February 19, 2015 at 1:00 p.m. in the Chapel of Flanigan Funeral Home with Rev. Ron Davidson officiating. Interment will follow at Sugar Hill Cemetery, Sugar Hill, GA. The family will receive friends at the funeral home on Wednesday, February 18, 2015 from 4:00 p.m. to 8:00 p.m. and on Thursday from 11:00 a.m. until time of service.

The family of Nell Camp Bailey created this Life Tributes page to make it easy to share your memories.