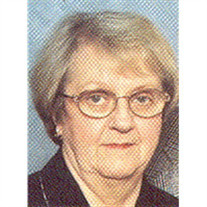 Norma Davis Bryant, 82, of Buford, GA passed away on April 1, 2014. She was preceded in death by her husband of fifty-eight years, Harold Bryant; parents, Marion and Fannie Davis; stepfather, James Roy Harrison; and brother, Doyle Davis. She is survived by her children, Lynn Bryant, Buford, GA, and Teddy and Josie Bryant, Buford, GA; grandchildren, Mary Jane and Robert Broussard, Ted Bryant, and Russell Bryant; great grandchildren, Brayden Bryant, Logan Broussard, and Gavin Broussard; sister-in-law, Sandra Beard Bryant, Buford, GA; several nieces, nephews and cousins. She was also blessed with some very special friends. Mrs. Bryant was born March 28, 1932, in Lawrenceville, GA. She was a 1949 graduate of Lawrenceville High School where she played basketball. She was retired from the Department of Corrections after twenty-four years of service. She was a member of the First Baptist Church of Buford. She was a member of the Daisy Shadburn Bykota Sunday School class, a charter member of the Silvertones Choir, a member of the Abundant Life Fellowship Senior Group and a member of the Buford Lions Club. A Celebration of Life service for Norma will be held at 11:00 a.m. on Friday, April 4, 2014, in the Chapel of Flanigan Funeral Home with Rev. Wayne Johnson officiating. The family will receive friends at the funeral home on Thursday, April 3, 2014, from 4:00 p.m. to 8:00 p.m. In lieu of flowers, donations may be made to Eagle Ranch, P. O. Box 7200, Chestnut Mountain, GA, in memory of Norma Bryant.

The family of Norma Davis Bryant created this Life Tributes page to make it easy to share your memories.