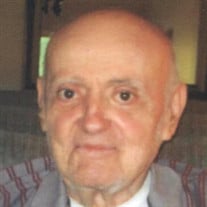 Patrick G. DeCelles, 90 of Flowery Branch, GA passed away on November 10th, 2020, of natural causes. He was born on April 3, 1930 in Houston, TX. He was the fourth of the five sons of Joseph Howard DeCelles and Mary Ellen Larrigan. As the child of a pioneering aviator he moved several times throughtout the United States. His family later settled in Kansas City, MO, where he attended Bishop Hogan High School and Rockhurst College and met Suzanne L’ecuyer, his future wife and partner for 28 years. They were the proud parents of eight children and active members of Christ the King Catholic Church and School. He was a r egular Sunday usher, a member of the parish men’s club and spent countless hours coaching the school’s baseball, football, and basketball teams. He was an avid sportman as well and loved camping, boating, and the beach. He served in the United States Navy as an active Korean War Naval Airman and survived three chopper crashes during his duty in a new Anti-Submarine Air/Sea Rescue Helicopter squadron where he helped rescue several downed pilots. He spent a career in the industrial paint and sealant industry and was the production manger at three successful manufacturing facilities. One of his greatest joys in life was mentoring the hundreds of employees who knew him as “Mr. Pat”. He made a point to always treat them with dignity and respect which encouraged them to prosper under his leadership. In 1973 his career path took him to Atlanta, GA, and then later in 1979 to Houston, TX, where he met his second wife Sandra Christensen, an accomplished pianist and singer. The two of them shared their love for music by spending many hours singing together at the piano. Upon her death in 2010 he returned to North Georgia and the banks of Lake Lanier. He is survived by his younger brother, Dr. Paul DeCelles of South Bend, IN; his eight children; Denise Ohrazda of Idyllwild, CA; Teresa Weisbrodt of Catawba, SC; Stephen DeCelles of Flowery Branch, GA; Mathew DeCelles of Vandalia, IL; Mary Ellen Nolan of Independence, KS; David DeCelles of Buford, GA, Genevieve Knight of Jacksonville, AR; Theodore DeCelles of Springfield, TN; his 19 grandchildren; and his 19 great-grandchildren. Due to the COVID pandemic there will be no funeral or formal gathering. A private memorial service will be held at a later date to be determined by the family. Interment will be at Galveston Memorial Park Cemetery in Hitchcock, TX.

Patrick G. DeCelles, 90 of Flowery Branch, GA passed away on November 10th, 2020, of natural causes. He was born on April 3, 1930 in Houston, TX. He was the fourth of the five sons of Joseph Howard DeCelles and Mary Ellen Larrigan. As the... View Obituary & Service Information

The family of Patrick Gaspard DeCelles created this Life Tributes page to make it easy to share your memories.

Patrick G. DeCelles, 90 of Flowery Branch, GA passed away on...