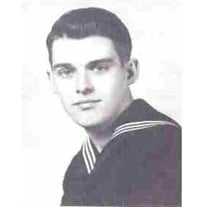 Mr. Patrick Michael Kleinheinz, age 81, of Lawrenceville, GA died February 7, 2013. He was born December 14, 1931 in Madison, Wisconsin. He is preceded in death by his parents; George and Lucia (Daniels) Kleinheinz; brothers, Ray Kleinheinz and Victor Kleinheinz; sisters, Agnes McKinley and Rosella Swanson; and his beloved first wife, Gail (Jorris) Kleinheinz who passed away in 1997. He is survived by his loving wife Christl Krowicki-Kleinheinz, of Lawrenceville, GA; two daughters, Kim (Thomas) Velker, Smyrna, TN and Debra Kleinheinz, Buford, GA; two sons, Steven Kleinheinz, Buford, GA and Michael Kleinheinz, Buford, GA; nine grandchildren and two great grandchildren. He will also be missed by his beloved dogs, Sweetie and Brownie. Mr. Kleinheinz served his country in the Navy during the Korean War. He was a tool designer by trade and owned one of the first companies in the U.S. that made fiberglass tubs and sinks. He designed and made many pieces of furniture out of fiberglass and gave them to his family and friends. After retirement, he loved to travel to many wonderful places throughout the world. He was an avid collector of beer steins and loved showing and talking about them. He was known to his close family and friends for his love of whistling. When he would whistle a song you knew he was happy, and when his children were young, he would sing to them every night from Nat King Cole, "An Irish Lullaby." He will be missed by all. A Celebration of Life service will be held on Saturday, March 2, 2013 at 11:00 a.m. in the Chapel of Flanigan Funeral Home. Interment will follow at Broadlawn Memorial Gardens in Buford, GA. The family will receive friends at the funeral home Saturday, March 2, from 10:00 a.m. until 11:00 a.m.

The family of Patrick Michael Kleinheinz created this Life Tributes page to make it easy to share your memories.