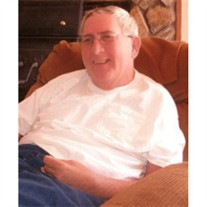 Retired U. S. Navy William Paul Watson, Jr., age 69, of Bethlehem, GA passed away on Saturday, January 19, 2019. He is survived by his wife of 42 years, Rhonda Keith Watson of Bethlehem, GA; children, William Ray and Grace Watson of Auburn, GA, Paul Anthony and Darci Watson of Flowery Branch, GA, Melanie Marie and Andrew Patch of Bethlehem, GA, Matthew and Jody Watson of Clearwater, FL and Jennifer and Michael Daniel of Tennessee; twelve grandchildren; two great grandchildren and several nieces, nephews and cousins. Mr. Watson was born on July 1, 1949 in Atlanta, GA. He was a graduate of St. Leo's College with an Associate Degree. He was retired from the U. S. Navy after 21 years of service and was injured while in service. He was awarded Battle E Ribbon, Humanitarian Service Medal, and second Good Conduct Award for period ending October 7, 1987. He was a member of the Paralyzed Veterans Association and American Legion Post. Mr. Watson pastored several churches, including the Assembly of God in Virginia, the Word of Life Church in Lawrenceville, GA and the Victory Church in Lawrenceville, GA. A graveside service will be held on Tuesday, January 29, 2019 at 1:00 p.m. at the Georgia National Cemetery, Canton, GA with military honors. In lieu of flowers, donations may be made to the Multiple Sclerosis Foundation, www.msfocus.org, in memory of William Paul Watson.

The family of Ret. William Paul Watson, Jr. created this Life Tributes page to make it easy to share your memories.