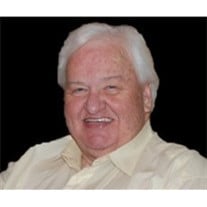 Reverend Ruel Edward Davenport was born on January 13, 1944, and entered into his final rest on the morning of April 6, 2016. He was born in Ellijay, Georgia,to the to the late Minnie Bramlett Davenport and Dewey Davenport. His beloved and faithful, wife and companion of forty-seven years, Mrs. Carolyn Louise Clayton Davenport preceded him in death in 2009. She served devotedly alongside of him in all of his ministry endeavors. Edward Davenport accepted Christ as His personal Savior at the age of fourteen years old and was baptized in the Holy Spirit at the age of eighteen years old. He accepted the call to ministry shortly thereafter and spent the rest of his life doing what he felt God had called him to do. He served in many positions and roles in his fifty plus years of ministry. He immediately began to preach wherever God began to open doors for him to share the gospel. Not long thereafter, he was contacted to pastor his first church in Fairmount, Georgia, at the Ludville Church of God until 1968 where he launched his full-time evangelistic ministry. He enjoyed having his family travel with him for a full four years until he began pastoring in his second congregation. He served as Pastor to the Monroe Church of God in Monroe, Georgia,from 1972-1976. The church experienced exponential growth under his leadership and were able to relocate and build a beautiful sanctuary in the midst of troubling economic times. In 1976 Reverend Davenport received the prestigious honor of being elected to serve the state of North Georgia as the State Evangelism Director for a four-year term. In I980 he then received another high honor of being appointed to the state of Washington as the Administrative Bishop until 1984. It is important to note that at the time of his appointment he was the youngest minister to ever serve in that capacity. He then was appointed to the state of Texas to serve as Administrative Bishop from 1984-1986. In 1986 he then returned to his love of pastoring and shepherding people at the Buford Church of God in Buford, Georgia. Serving the people of Buford was one of the greatest highlights and joys of his entire ministry. He lovingly served the congregation as well as the city for the next twenty-seven years where he had the distinct privilege to be able to lead, disciple, and help grow multiple generations in their relationship with Christ. He then retired from his full time ministry where he happily returned to one of his former ministry cities with his new bride of six years Mrs. Rosella Miles Davenport for his retirement in 2012 until the present. Edward Davenport is survived by his wife Reverend Rosella Miles Davenport of Monroe, Georgia. Son and Daughter-in-law, Reverend Mark and Reverend Michelle Davenport, Pastors of City Light Church of Lagrange, Georgia. Granddaughter, Alora Dannin Davenport of Lagrange, Georgia. He is also survived by his wife Rosella's three beautiful children, their spouses, and ten grandchildren that he loved so very much. *Reverend Cain and Reverend Abbie Hendrix of Loganville, Georgia, along with their children Haylie, Hannah Rose, Hallie, and Hunter. *Eric M. Hendrix of Buford, Georgia, along with his children Cameron of Tucson, Arizona, and Cory of North Carolina. *Reverend Haven Hendrix Thompson and Reverend Alex Frank (Trey) Thompson III of Rome, Georgia, along with their children Beau, Luke, Reid, and Ray. He is also survived by his Sister, Irene and Brother-in-law Marvin Woffard of Ellijay, Georgia, and his Sister, Sue and Brother-in-law, Bob Semig of Jasper, Georgia. He is also survived by a beautiful family of Nieces and Nephews. Celebration of Life Service: Tuesday, April 12, 2016, Buford Church of God, 4800 S Lee St, Buford, GA 30518 11:00AM. Officiated by: Dr. Michael Baker, Administrative Bishop of North Georgia Church of God. Pastor Davenport will be placed in the church to lie in state at 10:00 a.m. on Monday, April 11, 2016. Visitation will be on Monday for an open visitation from 11:00 a.m. to 4:00 p.m. and the family will receive friends at the church Monday Eve from 5:00 p.m. to 9:00 p.m. Entombment will follow at Broadlawn Memorial Gardens Family Mausoleum, Buford, GA after the service. Arrangements: Flanigan Funeral Home4400 S Lee St, Buford, GA 30518.

Reverend Ruel Edward Davenport was born on January 13, 1944, and entered into his final rest on the morning of April 6, 2016. He was born in Ellijay, Georgia,to the to the late Minnie Bramlett Davenport and Dewey Davenport. His beloved and faithful,... View Obituary & Service Information

The family of Rev. R. Edward Davenport created this Life Tributes page to make it easy to share your memories.