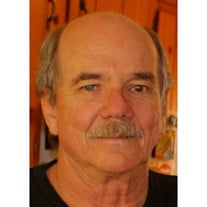 Richard Gray Liddell, 61, of Buford, GA passed away on January 17, 2015 following a brief battle with melanoma. Born January 23, 1953, Rick grew up in Doraville, GA and graduated from Sequoyah High School. He attended Dekalb College and Gwinnett Technical College. Rick had a variety of interests, all nurtured by his entrepreneurial spirit. He worked as a computer technician and programmer, a home remodeler, real estate assistant, and warehouse manager. In recent years he returned to Buford to lovingly care for his mother and to spend more time with his teenage son. Rick was preceded in death by his father H. Todd Liddell, Jr., his brother Charles, and his loving partner Kassandra Kimbell. Rick is survived by a son Austin Gray Liddell of Sugar Hill, GA; mother Ramona Liddell of Buford, GA; a brother H.T. "Skip" Liddell of Fort Mill, SC; a sister Debora Liddell and brother-in-law John Westefeld of Iowa City, IA; and a daughter Connie Burson of Dallas, GA. He will be remembered by many nieces, nephews, friends, and family members who loved him. A memorial service is scheduled for Saturday, January 24 at Flanigan Funeral Home Chapel in Buford, with a family visitation at 2:00, followed by a 3:00 service. In lieu of flowers, memorials may be directed to the Rick Liddell Memorial Fund, established for his son Austin, in care of Peoples Bank & Trust, 1899 Buford Highway, Buford, GA 30518.

The family of Richard Gray Liddell created this Life Tributes page to make it easy to share your memories.

Richard Gray Liddell, 61, of Buford, GA passed away on January...