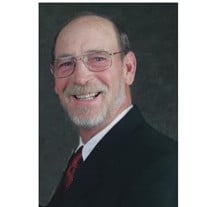 Roger Lee Moss of Buford, GA, died peacefully on Tuesday, March 2, 2021, at the age of 69. As he left this world to meet our Maker, this Medal of Honor veteran embraced all Air Force slogans; he aimed high, did the impossible every day, and recognized that the sky is no limit. His larger-than-life persona and outgoing personality will not be forgotten. He leaves behind his wife of 49 years, Mazie Marie Moss, with whom they had two daughters: Lucinda Renee Patel (Jitendra) of Buford and Selina Marie Bailey (Lee) of Flowery Branch, and six grandchildren. He is also survived by his sister: Johanna Taylor (Danny) of Charleston, WV, brothers: Leo Moss (Missy) of Sissonville, WV, and Merlin Moss of Sissonville, WV. All of whom loved him dearly and will never forget his tenacity, wit, undying love, loyalty, and blunt honesty. Roger was preceded in death by his parents Denver and Mary Moss, four sisters (Ellen Boggess, Verley Moss, Diana Moss, and Joetta Moss), and five brothers (William Moss, Denver Moss Jr., Richard Moss, Holly Moss, and Bud Moss). As the "lucky seventh" of 13 children, it is no surprise that he was a wildly mischievous child. As expected, this character trait didn't waver as he aged, which caused his family to be forever grateful that God broke the mold (and didn't reshape it) when Roger was born in Charleston, WV on January 16, 1952. His late and remaining family all agree that he was a force to be reckoned with; he never backed down from a fight and loved with all he had. Famously opinionated and outspoken, Roger handed these qualities down to his children and grandchildren (Chastity Patel, Devon Patel, Cameron Bailey, Kaden Patel, Holden Bailey & Kiersten Bailey), who are all strong-willed. He was renowned for not holding back his opinion and told it like it is—even if it wasn't what you wanted to hear. Despite his tough outer shell, Roger was a kind-hearted, caring man and loving husband who spoiled his family without complaint. He enjoyed hunting, cookouts, and having fun with friends, but everyone knew his greatest pleasure was spending time with his beloved wife, children, and grandchildren. After 24 years of service, Roger retired in 2019 from Venture Construction Company. Friends may greet the family tomorrow at Flanigan Funeral Home in Buford, GA between 6:00 pm and 8:00 pm. Gatherers should come prepared to reminisce on memories of Roger's charisma, charm, and feistiness with stories of goodnight kisses, four-letter words, and good times. We bid farewell and honor the life of an honorable soldier who was his wife's best friend, daughters' first love, and grandchildren's playmate and taught them all to "Fly, Fight and Win”!

Roger Lee Moss of Buford, GA, died peacefully on Tuesday, March 2, 2021, at the age of 69. As he left this world to meet our Maker, this Medal of Honor veteran embraced all Air Force slogans; he aimed high, did the impossible every day, and... View Obituary & Service Information

The family of Roger Lee Moss created this Life Tributes page to make it easy to share your memories.