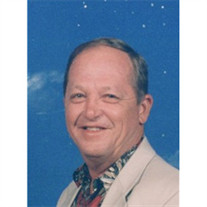 Ronald Kenny Neuman, age 66, passed away Wednesday, August 24, 2016 following a lengthy illness. Mr. Neuman was the son of the late Leona Hager and George Neuman. Mr. Neuman was born in Detroit, Michigan and moved to Ft. Lauderdale, FL at the age of nine. He attended school in Ft. Lauderdale, graduating from Pompano Beach High School where he was on the football and swim teams. At the age of fifteen Mr. Neuman met the love of his life, Mary Sue Groover. They were married in 1967 and November 18th would have been their 49th wedding anniversary. He was a member of the Armed Forces and served his country proudly; he was a recipient of the Purple Heart for being wounded in the Vietnam War. The Neumans moved to Lawrenceville, GA in 1973 where they both completed their college degrees while raising two children. For the past nineteen years they have resided in Braselton, GA. He loved his family and was always up for a game of tennis or billiards. His true love was spending time at his lake house with his family and friends. Mr. Neuman found his niche in specialized tooling for industrial applications. After years of success as an Engineer and a successful business owner, he retired. He also was involved in the development and growth of land in the Braselton area. Mr. Neuman leaves behind a family who adored him, his wife Mary, his son John (Julie Tanner), their children Austin and Sydney, who reside in Suwanee, GA, and his daughter Kimberly Neuman Salamone (John) and their two sons Drake and Luke who reside in John's Creek, GA. He is also survived by his brother Don (Pam) Neuman of John's Creek and sister Denise (Freddie) Harkins of Jasper, GA, along with several nieces and nephews. Memorial services for Mr. Neuman will be held at 3:30 p.m. in the Chapel of Flanigan Funeral Home in Buford, GA on Saturday, August 27, 2016, with Pastor Jason Mincey officiating. Family visitation will be held from 1:30 until 3:30, followed by a Celebration of Life service. In Lieu of Flowers please make a donation to the American Cancer Society in memory of Ronald Neuman. To express condolences, please sign our online guest book at www.flaniganfuneralhome.com. Arrangements by: Junior E. Flanigan of Flanigan Funeral Home and Crematory, Buford, GA (770) 932-1133.

The family of Ronald Kenny Neuman created this Life Tributes page to make it easy to share your memories.