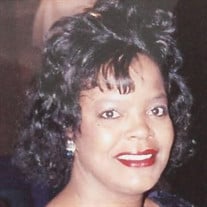 Sherry Ann (Johnson) Jackson, age 68, passed away on Sunday, June 13, 2021. She was born on December 17, 1952, to the late Lucinda Johnson in Buford, GA. Sherry joined Poplar Hill Baptist Church at an early age and was member for many years. She was a 1970 graduate of Buford High School, where she was recognized as Most Intelligent and went on to attend Gainesville College. Sherry married Nathaniel Jackson in March 1972 and had three beautiful daughters. Sherry was a member of the Women in Action organization which sponsored neighborhood social events for the Buford community youth. For 25 years, Sherry worked at the Internal Revenue Service in customer advocacy, displaying a knack for customer management, policy and problem solving before retiring in 2014. Sherry was an avid shopper, and genuinely enjoyed working in her a garden; peonies were her favorite flower. She was also a devoted grandmother, known as “Nana”, to her three grandchildren. She was preceded in death by her mother, Lucinda Johnson and her sister, Agnes Johnson. Sherry leaves to cherish her memories, her husband of 49 years, Nathaniel Jackson, three daughters, Shanta Banks (Barry), Natasha Ford (Ric), and Naté Bonaventure, her grandchildren, Ryan Jaxon Ford, Nya Jaden Ford, and Blake Nathaniel Banks, her nephews Detrick Johnson and Allen Harkness, the Johnson family, special friends of family, Marc Bigham and Pam Jackson, and her lifelong friend, Candy Jones. Sherry will be missed by her in-laws, Charlie and Mary Young, Roy and Tammy Jackson, Calvin Jackson, Betty Ann Sadler, and host of relatives and friends. A funeral service will be held on Saturday, June 19, 2021 at 3:30pm in the Chapel of Flanigan Funeral Home. The family will receive friends on Saturday, June 19, 2021 from 2:00pm until time of service at 3:30pm. Burial will take place at Broadlawn Memorial Gardens.

Sherry Ann (Johnson) Jackson, age 68, passed away on Sunday, June 13, 2021. She was born on December 17, 1952, to the late Lucinda Johnson in Buford, GA. Sherry joined Poplar Hill Baptist Church at an early age and was member for many years.... View Obituary & Service Information

The family of Sherry Ann Jackson created this Life Tributes page to make it easy to share your memories.