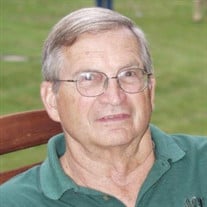 Spencer T. Snedecor, Jr. passed away on Saturday, April 16, 2022. He was preceded in death by his wife Jean of 47 years. He is survived by his son Scott Allen Snedecor and his wife Cathy Fendt Snedecor of Buford and Spencer T Snedecor III and his wife Kyra White Snedecor of Virginia Beach; and grandchildren Christine Snedecor, Case Snedecor, Spencer T. Snedecor IV, Wade Snedecor, Shelby Snedecor and great-granddaughter Amelia Snedecor. Spencer was born in Brooklyn NY in 1930 to Spencer Treadwell Snedecor and Mary Overton Snedecor, originally from Patchogue and Blue Point Long Island. Much of his youth was spent in New Jersey where his father, a doctor, had moved to join his uncle’s practice. His family moved to Valley Forge PA where his father was a surgeon in the Army during WWII, before returning to Hackensack NJ. He went to Deerfield Academy boarding school in Deerfield, Mass, and then attended Washington and Lee University where he played football. He was in the Naval Reserves during and after college, and began his business career in a management trainee position with Firestone. It is there that he met his wife Jean, an RN at Hackensack Hospital where his father worked, and a close family friend to his Firestone Manager. After marrying in 1955, they settled in East Patchogue Long Island, near the original roots of the Snedecor family. He had taken a sales territory position with the National Cash Register company. Within a few years they moved to a larger home, where they remained for over 20 years, during that time he began working in sales for the Reuben H Donnelly Company that printed the Yellow Pages. The Yellow Pages sales eventually took the family to Stone Mountain Georgia, with Spencer working for Bell South Yellow Pages, until he retired. While still working for Bell South, Jean and Spencer and Scott and his new wife Cathy purchased a struggling Ace Hardware in Buford Ga and formed S & S Ace Hardware. Spencer worked behind the scenes and assisted Scott with various tasks well into his 80’s, and still analyzed books and conferred with Scott up until recently as his eyesight for reading failed. He loved the water, and was an avid boater—from the Great South Bay in Long Island to Lake Lanier, where he eventually made his home in Buford. After Jean passed in 2002, he got involved volunteering at the North Gwinnett Coop where he volunteered for almost 15 years. He was a member of the Sugar Hill United Methodist Church. He enjoyed people, and had many friends: from up north or scattered about the country, from Sunday School, from Lake Lanier and Buford neighbors, from the bridge players at George Pierce senior center and from the staff at S & S Ace Hardware. He was loved by many, but especially by his family. A memorial service will be held on Thursday, April 28, 2022, at 3:00 p.m. in the Chapel of Church on the Hill (a.k.a Sugar Hill UMC) 4600 Nelson Brogdon Blvd, Buford, GA 30518. The family will receive friends from 4:00 p.m. to 7:30 p.m. on Wednesday, April 27, at Flanigan Funeral Home. In lieu of flowers, donation may be made to the North Gwinnett Cooperative Program, 4395 Commerce Dr., Buford, GA 30518, in memory of Spencer T. Snedecor, Jr.,

Spencer T. Snedecor, Jr. passed away on Saturday, April 16, 2022. He was preceded in death by his wife Jean of 47 years. He is survived by his son Scott Allen Snedecor and his wife Cathy Fendt Snedecor of Buford and Spencer T Snedecor III... View Obituary & Service Information

The family of Spencer T. Snedecor Jr. created this Life Tributes page to make it easy to share your memories.