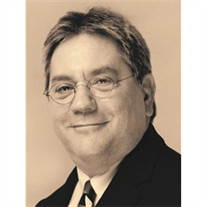 Stanley (Stan) Wayne Williams, age 59, of Sandy Springs, Georgia, left us unexpectedly on Monday, September 11th as Hurricane Irma struck the Atlanta area causing a tree to fall onto his home. Born October 21, 1957, in Austin, Texas, Stan received his undergraduate and Masters degrees in Architecture at the University of Florida and worked at Cooper Carry in Atlanta for most of his career. Stan was an "Architects' Architect"- excelling not only in his sense of design but also in the minute details involved in the building process. He had a great ability to always investigate a new approach and served as a mentor and teacher to younger architects. A quiet man, but when he spoke, people listened. Stan's wry sense of humor cut through tensions to get to the heart of the matter. Stan loved to travel, especially to see world famous architecture. It has been said of Stan, "He didn't take the easy path. He took the right path." Stan also loved cooking, fast cars and art. He studied at the New York Culinary Institute of America to explore his passion for cooking but chose to remain in the architectural field. Stan was a visionary blending design, function and aesthetics into any medium he chose to apply his meticulous skills - architecture, food, cars, art, or craft beer. All with the patience of a gentle, confident spirit who left a ripple in the universe for those who had the pleasure of experiencing his intellect and generosity. The family will receive visitors on Wednesday, September 20th at 6:00 p.m. at Flanigan Funeral Home, 4400 S. Lee St., Buford, GA followed by a memorial service at 7:00 p.m. Stan is preceded in death by his father, Frank Osborne Williams, and his mother Melba Louise Ballard Williams. He is survived by his brother Frank Steven "Steve" Williams, his sister-in-law Susie Williams and nephew Frank "Steven" Williams, Jr. all of Lawrenceville, GA. In lieu of flowers, the family requests that donations be sent to the Getty Foundation.

The family of Stanley (Stan) Wayne Williams created this Life Tributes page to make it easy to share your memories.