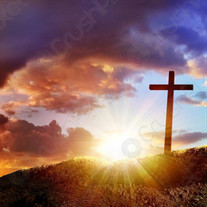 SUSAN LOCKAMY NORMAN Susan Lockamy Norman died on November 7, 2021 at NOrthside Hospital in Atlanta, GA from pulmonary hypertension that became severe immediately after receiving Moderna’s COVID-19 vaccine. Born on March 8, 1951 at Crawford Long Hospital in Atlanta, Susan was the daughter of Edward A. Lockamy Sr. and Doris Jones Lockamy, both natives of North Carolina. She spent the first five years of her life in a little brick bungalow on Warren Street in Kirkwood, where neighbors were like a loving extended family. She later attended Bayou View Elementary School in Gulfport, Miss., and Howard Drive Elementary School and Palmetto Jr. High School, both in Miami, Fla. She graduated with honors from Towers High School in Decatur in 1969. She then attended Florida State University for two years and after moving to Athens, Ga., took a break from college and worked as that city's first female mail carrier from 1974-76. Susan returned to college in the fall of 1976 and graduated magna cum laude in 1978 from the Henry W. Grady School of Journalism at the University of Georgia. While a student, she was Executive Editor of the Red & Black, a summer intern for the Macon Telegraph, and features editor for the Athens Banner-Herald. After graduation, Susan went to work in Virginia — first as a reporter for the Virginian-Pilot in Norfolk and then as assistant editor of the Daily Press in Newport News. After a family move to Northern Virginia in 1995, she worked for the Loudoun Times-Mirror in Leesburg, and the Fauquier Times-Democrat in Warrenton. In 1998, Susan became a pioneer in Internet-based, local news coverage. Setting up a newsroom in her living room in Leesburg, Va., she published the Loudoun Daily News, which broke new ground in a county with no local daily newspaper. Her site later merged with that of Leesburg Today, and Susan became its editor of new media. After a family move to the Atlanta area in 2000, Susan served as editor of the Forsyth County News in Cumming and then as an investigative reporter for the Macon Telegraph. Her final job in journalism was from 2008-2014 as government editor at the Barrow Journal in Winder, Ga. Susan received multiple awards from the Virginia and Georgia press associations, and after discovering in the middle of the night a $2 million budget error that saved Barrow County taxpayers a tax hike, she won second place in the National Newspaper Association's competition for the National Community Service Award. Retiring from journalism in 2014 at the age of 63, Susan then worked as a political writer and in 2021 researched the history of Perry-Rainey College for the City of Auburn, Ga. In-between her many jobs in journalism, Susan worked in public relations. She was director of communications for the Piedmont Environmental Council, senior editor in the public relations department of the Christian Broadcasting Network, and wrote for several non-profit organizations. Although what she accomplished in her career was deeply satisfying, the greatest joy of Susan’s life was becoming a mother. She first became the stepmother of Michael Lloyd Norman, who at the age of 9 came to live with “Good Mama” and “Daddy” in Portsmouth, Va. While learning many valuable things from each other, she and this special son forged a priceless, eternal bond. Her son Mark was born in 1980 and gave the word “love” a whole new meaning. Nineteen months later, Rebecca was born. She was a dream come true and has brought immeasurable joy to her mother’s heart. That joy grew exponentially with the births of Rebecca’s beautiful children. Susan was predeceased by Jack R. Norman, her husband of 37 years. They met on Jan. 1, 1979 through an investigative piece Susan wrote for the Norfolk paper. Their last moment together on July 19, 2016 was sealed with a kiss. After Jack’s death in 2016, Susan took his seat on the board of the Rockford Preservation Society and became a member of Rockford Baptist Church in Dobson, N.C., where Jack’s great-grandparents in the 1800s were members. Susan also was predeceased by her big brother, Eddie Lockamy Jr. of Athens. She is survived by his family: Denise Foster Lockamy, who provided priceless nursing guidance throughout Susan’s illness; and by Ryan and Beth Lockamy. Other survivors include Rebecca’s husband, Brandon Engels, and his three precious children, Chaya, Braelyn and Aidan. Susan also leaves behind deeply loved friends who have shared life's joys and softened its sorrows. Susan was a devoted follower of Jesus Christ and is thankful now to be in the presence of His perfect love. Her service will be scheduled shortly at Rockford Baptist Church in Dobson, N.C., with Pastor Roy Ferguson officiating. Burial will be beside Jack in the church’s historic cemetery. Flanigan Funeral Home in Buford is handling arrangements in Georgia. Moody Davis Funeral Home in Dobson, N.C., is handling the burial.

The family of Susan Lockamy Norman created this Life Tributes page to make it easy to share your memories.