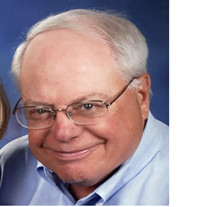 Thomas Gregory III November 2, 1946 – August 18, 2020 Thomas Gregory III, Age 73 of Flowery Branch Beloved husband of Lenore, Loving father of Tom (Karen) Gregory, Shelly (Thomas) Vorpahl, and Todd (Pamela) Gregory, Very proud grandfather of Meadow, Lotus, Saylor, Luke, Joshua, Grace, Francisca, and Joy, Dear brother of Beryl Hunter. Family Tribute Tom passed peacefully on August 18, 2020 in Gainesville, GA. He was born in Plainfield, NJ to Charlotte and Thomas Gregory, Jr. He grew up in Westfield, NJ and attended high school at The Stony Brook School, Long Island, NY. While there, he excelled at cross country and middle-distance track events, earning him a college scholarship. He served as President of his class of 1965 his senior year. During the summers, he worked at a hotel in Seaside Park, NJ from the age of 14 through college, enjoying the ocean every day. Tom attended Westminster College in New Wilmington, PA. He continued his love of and success at competing in cross country and track events, and also served as a dorm director, as well as a class officer and student government. As part of a campus ministry team, he met his future wife, Lenore Shelly. Tom graduated with a B.A. in Business Administration in 1969. He and Lenore were married in the college chapel in 1970, two weeks after her graduation. Soon after Tom started with Congoleum Industries, the Lottery System for Military Service indicated that he would be drafted into the Army to serve during the Vietnam Era. He then applied to Officer Candidate School, U.S. Navy, in Newport, RI, was accepted and later commissioned in December 1970. His military career next took him to Athens, GA for Supply School, and afterwards was assigned to the USS Conyngham DDG-17 based in Norfolk, VA. He served as Disbursing Officer while deployed in the Caribbean and the Mediterranean, and received an honorable discharge just two weeks before the ship went to Vietnam. For the remainder of his life, he was proud to have served in the Navy. Tom’s financial career continued in 1973 with Ford Motor Co. in Dearborn, MI and then R.J. Reynolds/Del Monte from 1977-1983 (San Antonio, TX; San Francisco, CA). In 1983, Perdue Farms, Inc. brought him back to the east coast to Salisbury, MD as Division Controller. In 1995, he and his friend started Timmons-Gregory Construction, Inc. He retired in 2012 and later moved to Georgia. Of great priority to Tom was his Christian faith and serving his church wherever he lived. He was a Trustee and Treasurer at various times. In recent years, he had a favorite pew at the 8:30 AM service most Sunday mornings, and attended a weekly Bible study. Favorite verses he lived by were Proverbs 3:5-6 and Romans 8:28. His favorite hymns were A Mighty Fortress and the Navy Hymn, Eternal Father, Strong to Save. Tom’s love of the water gave him great joy, especially boating wherever he lived, and introducing his children to sailing and power boating. His favorite location was Oxford, MD where he kept whatever boat he had at the time. He often said when we all get to Heaven, we could find him at the boat dock. Tom had great pride in his children’s families, their accomplishments and careers, and enjoyed planning family trips. He will be recalled for his Donald Duck imitation (his niece and nephews called him Donald). Tom is survived by his wife Lenore and children Tom (Karen) Gregory, Shelly (Thomas) Vorpahl, and Todd (Pamela) Gregory. “Poppy” is also survived by his 8 grandchildren Meadow, Lotus, Saylor, Luke, Joshua, Grace, Francisca, Joy and sister Beryl (Bradley) Hunter. A private service for the family will be planned for the future. Memorial contributions may be made to either: The Stony Brook School sbs.org/giving Buford Presbyterian Church General Fund P. O. Box 1358 Buford, GA 30515

The family of Thomas Gregory III created this Life Tributes page to make it easy to share your memories.