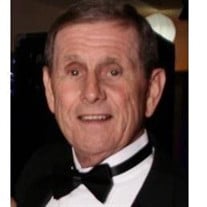 Thurston Allyn “Biff” Prince (beloved Husband, Father and Friend) August 3, 1945 - September 4, 2020 Thurston Allyn “Biff” Prince was involved in a fatal auto accident on September 4th on his way to the gym. Thurston was born an only child to USMC Master Sargent Thurston Gaines Prince, Retired & Pearl Harbor Survivor and USMC Private June Kellogg Prince at Marine Corps Base Camp Lejeune in Jacksonville NC but grew up in Lakewood and San Diego, California. He always said he had ”no choice but to signup” and did so in January 1964 after graduating high school. He was a very Patriotic Vietnam Veteran who proudly served our country as a Marine 2nd Recon and was Honorably discharged in November 1969. After finishing his military service, Thurston attended San Diego State University studying criminology before moving to Georgia to attend Georgia State University. On October 13, 1968 Thurston was duly initiated into The Kappa Sigma Fraternity by the Epsilon-Omega Chapter. He completed his Bachelor of Science Degree on August 19,1971. He then started a successful Insurance Agency offering multiple lines of insurance. In later years he closed the agency and focused his efforts as an Insurance Agent on helping seniors with Medicare Supplements. On January 14, 1991, Georgia Governor Zell Miller, appointed him Lieutenant Colonel, Aide De Camp, Governors Staff for his patriotism, valor and fidelity. On March 27, 2017, he gladly accepted (for the first time) a Certificate of Appreciation from the DAV for his valuable and devoted service and performance of duty while serving in Vietnam. Additionally, on March 29, 2018, Georgia Governor Nathan Deal and Mike Roby, Commissioner of Veteran’s Services saluted and awarded Thurston a Certificate of Honor for honorable service during the Vietnam War” while declaring March 29th Vietnam Veterans Day. Thurston was a very private man who loved God, family, working out and boating at University Yacht Club on Lake Lanier where he had been a member for 42 years. He was a member of the Church of God Ministry of Jesus Christ International in Lawrenceville GA. Thurston was predeceased by his parents of Lakewood CA; his first wife and mother of his three sons, Leedel Matthews Prince of Atlanta GA; his parents-in-law, Charles & Edith Garner & daughter Cheryl Tucker Carlin all of Camden, Arkansas. Thurston is survived by his totally devoted wife of 13 years, Jeanne Tucker Prince; Thurston Allyn Prince Jr. and spouse, Ha of Atlanta GA; Stuart Alexander Prince and spouse, Tamara of Suwanee GA; Morgan Kellogg Prince and spouse, Cindy of Roswell GA; James Tucker of Flowery Branch GA; and Maribelle Verdiales of Loganville GA, who he loved as his own daughter. He was richly blessed with 9 beautiful grandchildren throughout the metro Atlanta area and 1 great granddaughter in Alaska. Additionally, he had four sisters-in-law: Shelia Higgs & spouse of Stillwater OK; Beleta Denton and spouse of Camden AR; Toni Toombs & spouse of Albuquerque NM and Pennie Garner of Hot Springs Village AR along with several cousins, as well as nieces and nephews by marriage. In keeping with his wishes, he was cremated. The family is planning a Celebration of Life to be held at the University Yacht Club in Flowery Branch, GA and will travel to California to spread the cremains in Long Beach Harbor where his parents were taken out to sea for burial at future dates, not yet determined. In lieu of flowers, the family requests donations be made to: Eagle Ranch, P. O. Box 7200 Chestnut Mountain, GA 30502 https://eagleranch.org/give in memory of Thurston Allyn “Biff” Prince. OR Marine Toys For Tots Foundation

The family of Thurston Allyn Prince created this Life Tributes page to make it easy to share your memories.