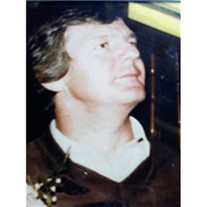 Walter J. Murray, of Oakwood, GA, former Ford Lincoln/Mercury salesman and manager with several dealerships, died suddenly on May 6. He was 74. Walter J. Murray was born in Milford, Mass., on April 19, 1943, to Walter J. Murray and Helena (Gilgan) Murray. He was the last of eight children, growing up in Grafton MA. After attending Grafton High School and St. John's High School, Mr. Murray enlisted in the United States Navy, serving as a corpsman in Mediterranean Sea during the Vietnam War. He would later serve at the US Naval Hospital Newport, RI. Upon his return from the Navy, Mr. Murray began a long career in sales and sales management in the auto industry. He was General Manager of Burlington Lincoln Mercury, Burlington, VT and Friendly Ford, Atlanta. He also worked in sales at Banner Ford, Atlanta, Jackie Jones Lincoln Mercury Gainesville, Greene Ford, Gainesville. Mr. Murray was a parishioner of Prince of Peace, Catholic Church, Flowery Branch, GA. Mr. Murray was predeceased by his brother Louis L. Murray and two sisters, Rose I. Murray and Margaret McGarry. Mr. Murray was divorced. He is survived his son, Walter J. Murray, III of Buford, GA and his grandson James Murray of Buford, GA. and by sisters Helena Gallerani, of Dennis, MA, Genevieve Mahassel of Grafton, MA, Francis Maino, of Worcester, MA, Theresa Deiana of Pocasset, MA. Funeral services will be held on Saturday, May 20, 2017 with visitation with family at 10:00am and a memorial at 11:00am at the Flanigan Funeral Home. Burial rites will be held in Grafton, MA at a later time.

The family of Walter Murray, Jr. created this Life Tributes page to make it easy to share your memories.