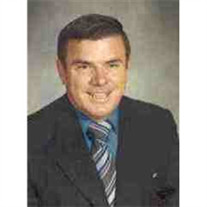 BG (Ret.) Wm. Kenneth McDaniel, Sr."Coach Mac" Wm. Kenneth McDaniel, Sr., former principal of North Gwinnett High School and Brigadier General (Ret.), GA Army National Guard, died Wednesday, March 7 following a long illness. He was 80 years old. Mr. McDaniel joined the National Guard in 1949, and earned degrees at Reinhart College, Waleska, GA, and North Georgia College, Dahlonega, GA. In addition, he earned two graduate degrees in Education from the University of Georgia. He taught at Friendship School in Cumming before moving to Sugar Hill High School in Sugar Hill, GA, where he coached both the girls' and boys' basketball teams. When North Gwinnett High School opened in 1958, he became the school's first baseball coach and boys' basketball coach. Affectionately known by his students and the Sugar Hill/Suwannee community as "Coach Mac," he instilled in those he taught a sense of pride in themselves, their school and their community. He helped plot, plow and seed the first football field at North Gwinnett and spent tireless hours even after he left education on the sidelines at his son's football games working the chains. He continued to support North Gwinnett for many years; he was a regular fixture at ball games well into the 1990s. In 2001, the school named their new baseball field "McDaniel Field," one of his proudest honors. In 1973 he left his beloved North Gwinnett to accept a full time position with the National Guard in Atlanta, GA. Over the years he obtained many awards and decorations, which include the Meritorious Service Medal, Armed Forces Reserve Medal, Army Reserve Components Achievement Medal, Army Service Ribbon and the Army National Guard Recruiter Badge. He was named commander of the 48th Infantry Brigade (Mechanized) in Macon, GA in 1983. He retired in 1991 as Brigadier General and Assistant Adjutant General of the Army National Guard of the State of Georgia. Following retirement, Coach Mac continued to work for his community, helping bring the Veterans Memorial to the Gwinnett County Municipal Complex, and assisting in bringing George Pierce Park to Suwanee. He was also an active member of Suwanee First United Methodist Church, where he took great pride and enjoyment in teaching an adult Sunday School class. An abiding love and duty to family pervaded throughout his life. After working 10-hour days he would work until sundown alongside his late father on the family farm; if there was ground to be plowed or vegetables to be harvested, he could be found out in the field. In later years when their health failed, he helped his siblings care for his parents, and then his ailing brothers. Late in life, he took on the role he relished most, that of "Grandpa," helping care for his beloved grandson. He is preceded in death by his brothers James McDaniel and Clyde McDaniel, both of Cumming. He is survived by his loving wife, Myra Lance McDaniel, who rarely left his side throughout his long illness; his children, Ken and Connie McDaniel of Atlanta, Ann and John Foster of Lilburn, and Lynn McDaniel of Atlanta; one grandson, Anton Foster; sisters Sue Tribble (Jim) of Cumming, and Sara McDaniel of Cumming, several nieces and nephews and great-nieces and -nephews; and many friends. He also leaves behind countless former students of North Gwinnett High School, for whom he held great affection. Visitation will be held at Flanigan's Funeral Home, 4400 S. Lee Street, Buford, GA on Friday from 6:00 p.m. to 8:00 and Saturday from 2:00 p.m. to 4:00 p.m., and 6:00 p.m. to 8:00 p.m. Mr. McDaniel will lie in state on Sunday, March 11, 2012 from 1:30 to 2:30 at Shadowbrook Baptist Church, 4187 Suwanee Dam Road, Suwanee, GA with the funeral service to follow. He will be laid to rest at Broadlawn Cemetery, Buford, GA with full military honors. The family requests that in lieu of flowers donations be made to Suwanee United Methodist Church, 603 Scales Road, Suwanee, GA 30024, or to the North Gwinnett Schools Scholarship Foundation, P.O. Box 2125, Suwanee, GA 30024.

The family of Wm. Kenneth McDaniel created this Life Tributes page to make it easy to share your memories.